Where Love Lives: Why we welcome immigrants here 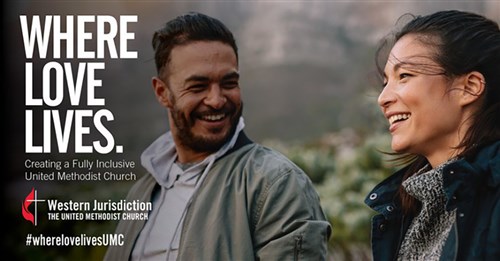 “Where love lives, is a place where the stranger is welcomed.” Bishop Minerva G. Carcaño.

In the Western Jurisdiction, we see the Bible as an authority when it comes to forming our views toward immigrants and immigration. While the Scriptures do not prescribe a specific immigration policy, they are filled with Old Testament stories of immigrants with specific instructions from God about how to treat foreigners. Also, there are principles for how followers of Jesus the Christ interact with immigrants in the New Testament.

Let’s start with the Biblical figures who migrate for different reasons: Abraham and his family leave Canaan (their homeland) at God’s instruction; later he and his family crossed borders again on multiple occasions in search of food during times of famine. Isaac and Jacob move because of famine as well. Naomi and her family were motivated by hunger to migrate from the land of Judah, then eventually reports of adequate food led Naomi to return, now accompanied by her daughter-in-law Ruth who was an immigrant in the eyes of the people of Judah.

Others were forced to migrate, for example, Joseph who was sold by his brothers into slavery in Egypt. David fled because the violence of King Saul to seek asylum among the Philistines. Daniel and his friends were exiled from their homeland and ended up serving a foreign government. Even Mary, Joseph and Jesus himself, as a small child, was forced to flee. They were escaping to Egypt as refugees when Herod’s jealousy threatened the lives of all baby boys in Bethlehem.

Now, when it comes to God’s commands with respect the treatment of immigrants, a justification is offered in Leviticus 19:33-34: “‘When a foreigner resides among you in your land, do not mistreat them. The foreigner residing among you must be treated as your native-born. Love them as yourself, for you were foreigners in Egypt. I am the Lord your God.” The Israelites were told to love immigrants as themselves, because they knew firsthand what it is like to dwell in a land that was not their own.

Finally, in Mathew 25: 34-36 Jesus´ parable explains the principles of the kingdom of God that the members of the Western Jurisdiction aspire to live “Then the King will say to those on his right, ‘Come, you who are blessed by my Father; take your inheritance, the kingdom prepared for you since the creation of the world. For I was hungry and you gave me something to eat, I was thirsty and you gave me something to drink, I was a stranger and you invited me in, I needed clothes and you clothed me, I was sick and you looked after me, I was in prison and you came to visit me.’”