What Is the Judicial Council of The United Methodist Church? 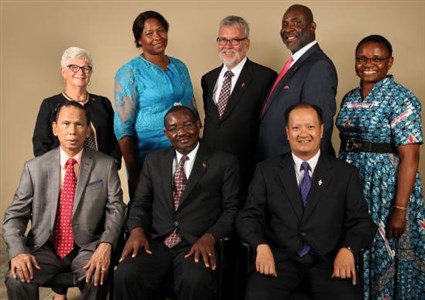 With the actions of the 2019 General Conference before the Judicial Council of The United Methodist Church, some UMs have become aware that they know very little about the body referred to as the denomination’s “High Court” or “Supreme Court.”

What follows was copied directly from the Judicial Council section on the UMC website, umc.org (http://www.umc.org/who-we-are/judicial-council).

About the Judicial Council

"Is that resolution by General Conference in accord with The United Methodist Constitution?" “Was due process followed in that clergy trial?" "Did the bishop rule correctly on a point of law?"

Deciding questions like these is the work of nine men and women who sit on the United Methodist Judicial Council, sometimes referred to as our "Supreme Court." The Council is at the apex of a carefully detailed chapter on judicial administration in the Book of Discipline.

Both clergy and laity serve on the Judicial Council-four of one, five of the other, alternating every eight years. Members are elected for eight-year terms by General Conference and may not serve on any other United Methodist Board or Agency beyond the Annual Conference. Members are limited to two consecutive terms. The council elects its own president and other officers for a four-year term. A Clerk of the Council serves part-time and is the only paid person attached to the Council.

Members sometimes have a legal background and have included judges. They all are active in their local churches and other parts of the Connection of the United Methodist Church. However, they are not allowed to be members of the General or Central Conferences.

The Judicial Council is required to review each decision on a point of law made by a bishop during an annual conference session. Other cases come from lower church courts, or from an official body of the church requesting a declaratory decision as to the legality of a particular action. There usually are several requests during General Conference for declaratory decisions.

The most difficult cases for the court are those involving the life and ministry of the clergy. Legal solutions may be simple, but applying them to specific cases is agonizing.

Decisions are based on the Constitution of The United Methodist Church and on the specific paragraphs of the Book of Discipline cited in a case, but may refer to other relevant paragraphs. Conflicting paragraphs must be resolved before a decision is reached. The Discipline instructs the court not to go "further than is necessary to decide the question of church law involved."

Although there are sometimes open hearings on issues before the Judicial Council, deliberating sessions of the council are closed. The docket for each session is carried in advance by Interpreter magazine and on this site, as are digests of decisions. Complete texts of decisions are posted on this website and printed quadrennially in compiled volumes.

Read more about the Council at http://www.umc.org/who-we-are/judicial-council.