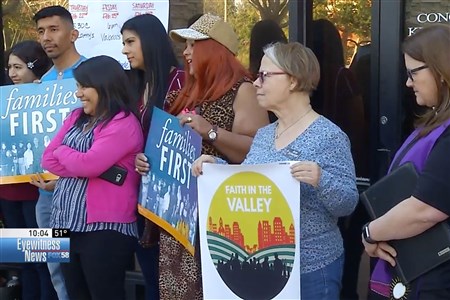 "When I went in there, the women were in their beds with sheets over their heads; they wouldn't even get up, and didn't want to talk with anyone," Reverend Anne Schlesinger, pastor of Wesley United Methodist Church in Bakersfield, California said after visiting the Mesa Verde Immigration and Customs Enforcement (ICE) Detention Center. "The stories that come out of there are horrible."

Wesley UMC is located just 4.4 miles from the detention center, less than a 10-minute drive away.

The church is part of the Faith In Kern program which "does all kinds of things," Schlesinger says. "We work with politicians to get concerns heard; we protest, hold prayer vigils, and meet with people in front of the ICE center."

The detention center holds up to 400 detainees. "It's a lot of people, but we do what we can," Schlesinger adds. 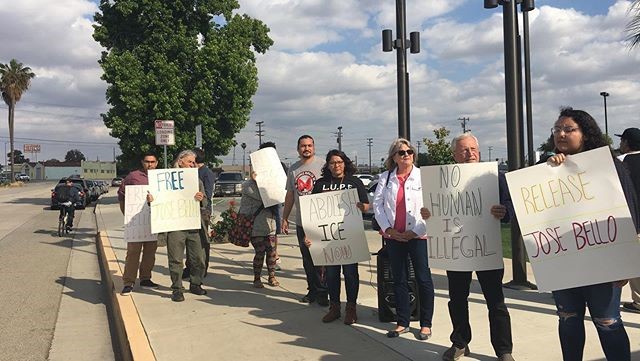 She describes an incident three months ago in which an older gentlemen, who had been on medical care, was deported before he finished his followup services. "We had a news conference in front of the ICE center."

Another time, Schlesinger protested the separation of families on the border in front of Congressman Kevin McCarthy’s office.

"One of the people we were praying for and visiting regularly got granted asylum. They were from Cameroon and didn't speak Spanish." The Republic of Cameroon is a country in Central Africa that is experiencing conflict due to the Central African Republic Civil War (2013-present), the Boko Haram insurgency (2014-present), and the Anglophone Crisis (2017-present) in which more than 1,000 people have been killed (as of June 2019).

The current ministry outreach team consists of four people, each of whom sets aside specific time to visit and pray for individuals. They are currently praying for another incarcerated person from the Republic of Cameroon.

The church has been in ministry to detainees for more than five years.