United Methodists Called to Action on Behalf of Migrants 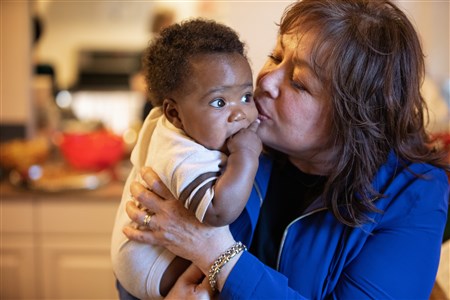 Declaring, “We cannot be silent in this hour. The voice and actions of The United Methodist Church must be heard and experienced in this moment,” three agency general secretaries have joined Bishop Minerva G. Carcaño, chair of the denomination’s Immigration Task Force, in calling United Methodists to action on behalf of migrants – including those who have sought Sanctuary in UM churches.
The Call to Action was released at 10 a.m. PDT today (July 9, 2019) and details several steps people can take to “make a difference … in the lives of suffering immigrants and the brave churches [that] are ministering to them.”
Adding their signatures alongside Bishop Carcaño’s were Thomas Kemper, General Secretary of the General Board of Global Ministries; Susan Henry-Crowe, General Secretary of the General Board of Church and Society; and Harriett J. Olson, General Secretary and CEO of United Methodist Women.
Read A Call to Action for United Methodists in Response to the Plight of Migrants here.