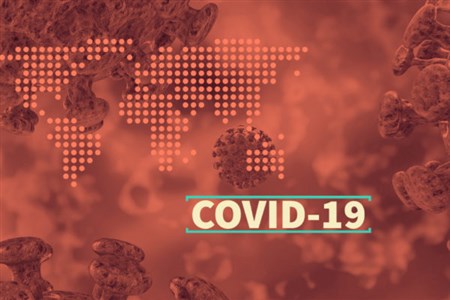 “We really haven’t talked about anything like this until now,” said Irene Celedon, administrator at St. Mark’s United Methodist Church in Sacramento, California. After her staff meeting, emergency protocols were in place for a virus outbreak including the option for staff to be able to work from home. In the event, the church also has plans to broadcast services via social media including Facebook, YouTube and Instagram so that individuals at home can still participate.

Bethany UMC in San Francisco is stepping up their usual flu season protocol by sanitizing their building more frequently. “We are cleaning doorknobs on a daily basis,” said Rev. Sadie Stone. “We also did away with the Passing of the Peace for the season and are making masks available to folks.”

Mary Meister, facility manager at First UMC in Sacramento, noted that she hired on extra staff this week to ensure that the building is thoroughly and rigorously sanitized both during the week and on Sundays. Also, informational posters from the Center for Disease Control (CDC) website www.cdc.gov/COVID19 will be posted throughout the facility.

Rev. Renae Extrum-Fernandez, pastor of Centennial UMC in Sacramento listed several things her church has done during the peak of the regular flu season and doing now in response to the COVID-19 concerns. “The Lay Leaders are planning responses for affected families and updating the list of the elderly who live alone. They are also encouraging folks to follow basic hygiene measures at all times and places,” said Extrum-Fernandez whose church will also host a neighborhood information gathering and a meeting of the County Health Department.

According to Rev. Barbara Horikoshi-Firebaugh, long before she was assigned to Faith UMC in Sacramento, precautions were taken during flu seasons every year in communion preparation and serving by cutting up the bread ahead of time and using little cups. A practice that many churches around the conference hold to during the cold season and year around.

“Every flu season Lodi UMC hands out the bread and visually uses hand sanitizer,” said Sonja Edd-Bennett, Director of the California-Nevada Conference Disaster Response Ministry, describing the church’s communion ritual. Rev. Ginger Foster who is serving Pioneer UMC in Auburn notes that her church is always careful during flu season and during communion, “two people only give out bread.”

Los Altos UMC promotes non hand to hand contact usually starting during flu season in the Fall. This year, they have continued the practice in light of COVID-19.

“This Sunday, folks touched elbows instead of shaking hands,” said Emily Allen, Director of Communications at Los Altos UMC. “They were waving and smiling, nodding or bowing during the greeting time.”

Response within the church is not limited to physical pre-cautions. In a recent meeting of her circuit, Rev. Motoe Yamada Foor serving Japanese UMC, Sacramento and leader of the Pentecost Circuit, related a story of her own and warned of possible discrimination during this time.

“I was in a restaurant in West Sacramento and sneezed three times and all eyes were on me. I was the only Asian in the room,” Yamada Foor said. “Sometimes the virus is used to discriminate against people and businesses. I know you don’t do this…but it is a good time to remind people not to.”