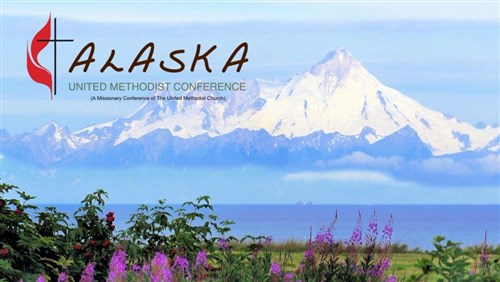 During a Special Called Session of the Alaska Conference of The United Methodist Church this weekend, members voted to dissolve their missionary conference status and become a ‘mission district’ within the boundaries of the Pacific Northwest Conference.

The decision, which still needs approval at the General Conference 2020 as well as the Western Jurisdiction Conference in July, was made after two days of holy conferencing, dreaming and worship for clergy and laity leadership.

The recommendation to do this came from the Alaska Conference Future Visions Task Force and Leadership Team.

According to Leadership Team chairperson, Rev. Andy Bartel, the decision to move forward in this direction was multi-faceted.

Bartel reminded attendees of the General Board of Global Ministries’ intention to cease missionary conference designation within the United States, noting that “2020 is the final year that Alaska will receive funds.”

Additionally, by acting now Alaskan United Methodists would seek to retain some agency in a time of denominational duress. Defining the nature and structure of the new ‘mission district’ will require conversations with leaders in both the Pacific Northwest Conference and Alaska.

The Session acted upon two recommendations from the Leadership Team while also receiving a question of law pertaining to the General Conference petition.

After some discussion, this petition passed with 49 for, 1 against, with 2 abstentions.

Following adoption of the first petition, lay member Lonnie Brooks asked Bishop Elaine JW Stanovsky a question of law consisting of two parts. The first part was whether or not the action of the conference was legal, and the second part was whether or not the Disciplinary exception to the normal due date for petitions (¶507.6) applies to a special session of an annual conference such as was held in Alaska.

The bishop’s preliminary ruling was that the action is legal and that the exception clause applies to any session of an annual conference held within the specified time period, without regard to whether it is a special session or a regular session, giving the General Conference’s Committee on Reference no discretion as to whether or not such a petition will be received. The bishop’s decision, when finalized, will be forwarded for review by the Judicial Council when it meets just prior to General Conference.

Brooks said that it was his intent to clarify the terms upon which Alaska’s petition will be received and processed by General Conference 2020. It has bearing upon how legislation is received from any Special Called Session across the denomination.

The Special Session moved on to consider the second petition requesting that the Western Jurisdictional Conference include the State of Alaska within the boundaries of the Pacific Northwest Annual Conference. In its rationale, the petition cited natural and cultural links between Alaska and Washington that have continued throughout the history of both conferences. Currently, they share several staff positions and episcopal supervision, crossover between ministry boards, and engage in cross-conference training.

As the petition was discussed, it was also highlighted that the 19 non-stop flights a day between Anchorage and Seattle was significantly greater than between other cities across the jurisdiction.

This petition passed with 48 for, 3 against, with 1 abstention.

“Every generation of Methodists in Alaska who came before us had to make bold and significant decisions during their time, many of which we still reap the fruits of to this day,” reflected Alaska Conference Superintendent Carlo Rapanut. “Our actions today are not just for our own present need but are our generation’s gift to those who come after us.” Rapanut added that he hoped that these bold steps would ensure a “vital, life-giving” future for the United Methodist Christian witness in Alaska.

“I pray that the General Conference and Western Jurisdictional Conference affirm our desire to leave this lasting legacy of faithfulness.”

More resources and information related to these actions can be found on the Alaska Conference Website.