Time to Break the Silence on Palestine

By Rev. Michael Yoshii
Chair of Advocacy & Justice Committee, and a Co-Chair of Order of Elders
California-Nevada Conference of The UMC 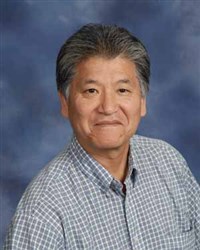 Invoking King's April 4, 1967 speech at Riverside Church, in which he came out publicly against the Vietnam War, Alexander describes the parallels of King breaking the silence on that international crisis, and the moral call for civil rights advocates to break the silence on today's crisis in Palestine.

Alexander is highly celebrated for her 2010 book, The New Jim Crow: Mass Incarceration in the Age of Colorblindness. In her editorial, Alexander provides a litany of reasons why the silence on Palestine exists and confesses what was her own personal silence in the past. In breaking her own silence, she acknowledges those who have been involved in speaking the truth about Palestine in word and action. Alexander cites The United Methodist Church as among those faith communities that, through their work, have been taking action to break the silence of the day.

"Guided by this kind of moral clarity, faith groups are taking action. In 2016, the pension board of the United Methodist Church excluded from its multibillion-dollar pension fund Israeli banks whose loans for settlement construction violate international law." [See: https://www.kairosresponse.org/pr_umc_divests_israeli_banks_jan2016.html]

The Israel-Palestine Task Force of the California-Nevada Annual Conference is among numerous groups throughout the United Methodist connection that have been "breaking the silence" on Israel-Palestine through activities of education, advocacy, and action. Our conference IP Task Force is co-chaired by Yvonne Turner and Patricia Daugherty, lay members at Sierra Pines UMC in Grass Valley and First UMC in Sacramento, respectively.

For more information on how you can be involved in breaking the silence on Israel-Palestine, contact Yvonne at yvonne24437@gmail.com or Patricia at pdmc1234@gmail.com.