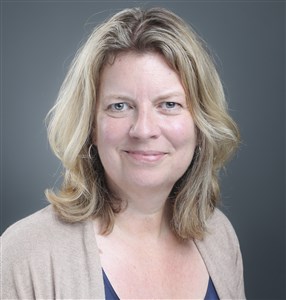 The Table at Central United Methodist Church and co-pastor the Rev. Linda Dew-Hiersoux have been awarded a Lilly Endowment 2018 National Clergy Renewal Program Grant. The $50,000 grant – the maximum for which congregations were eligible to apply – will allow the Sacramento, California pastor to explore the intersection of art and congregational growth over a three-month period in the fall of 2019, while providing support to the church in her absence.

The Center for Pastoral Excellence at Christian Theological Seminary in Indianapolis has administered the Lilly Endowment Clergy Renewal Programs since 2012.

In the official news release announcing this year’s grant recipients, the Endowment’s vice president for religion, Dr. Christopher L. Coble, said, “Pastors play an important role in nourishing the spiritual lives of individuals and in guiding the work of the Christian congregations they serve. Through these grants we seek to honor pastors for their extraordinary service and enable them to engage in a brief period of rest and renewal. We have learned that such experiences invigorate the leadership of pastors and bring new vitality to their congregations as well.”

The Rev. Dr. Robert Saler, director of the Programs, noted that the National Clergy Renewal Program leverages the reciprocal dynamics of support, trust, and encouragement reflective of healthy congregations. “The program is designed to respect the innate human need for times of service and replenishment. It provides a means for congregations to express appreciation for their leader’s service and respect for his or her health and energy for continued ministry,” Saler said.

“At a time when society is experiencing unprecedented levels of change at ever increasing speeds, it is rewarding to offer programs that recognize the value of retreat and renewal,” he added.

Dew-Hiersoux will begin her renewal leave with an immersion in the culture of possibility known as Burning Man. From the desert, she will travel for a short time to the coast and then visit an eclectic range of art museums and dynamic churches in the United States. She will conclude her time of rest and renewal with an extended tour of Italy and Spain.

More than $14,000 of the Lilly Endowment grant will go to help cover administrative support for The Table during Dew-Hiersoux’s renewal leave, and to fund special guest preachers for a worship series currently being planned for next fall.

Only 148 congregations, from 33 states and the District of Columbia, are recipients of the prestigious grant. Of those, just 16 are in California and The Table is the only United Methodist congregation in the state to be so awarded.