The 'Secret Life' of a Cal-Nev Deacon 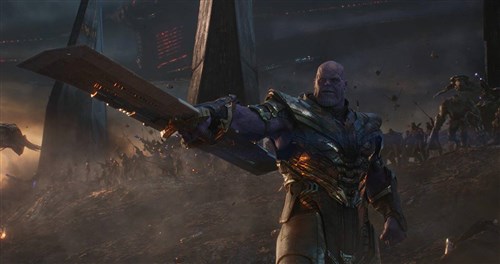 This week UM News reporter Jim Patterson profiled a California-Nevada Annual Conference deacon, Rev. Mike Friedrich, who has a "secret life" as a comic book writer of renown. An excerpt of the story, which also features a quote by Rev. Michael Yoshii and photos by Cal-Nev's own Paul ("Spud") Hilton, follows.

Deacon went from superheroes to God

For a United Methodist deacon, the Rev. Mike Friedrich has a whole bunch of crime and violence in his past. That includes Thanos, the world-destroying villain in Marvel Comics and movies.

Friedrich also mysteriously pops up at the occasional Hollywood film premiere. And then there are those unexpected royalty checks in his mailbox from time to time.

“I’m an emerging ministries specialist for the Bay District of the California-Nevada Conference,” Friedrich said in an interview with UM News.

“I’m the one dealing with all the redevelopment ideas,” he said. “I’m in a district, which is a really urban district, so I’m dealing with what it means for churches to exist in an urban environment.”

But lately, Friedrich is getting attention again for his first career, launched as a teenager.

On July 19 in San Diego, Friedrich will receive the Bill Finger Award for Excellence in Comic Book Writing at the Will Eisner Comic Industry Awards 2019, held at Comic-Con International. The award honors writers who have thus far not received their rightful reward or recognition.