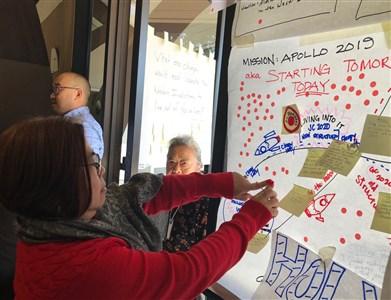 "I’m thankful that the body was willing to put their trust in the people who were here – in nine people, or 10 people, whoever that’s gonna end up being – and I’m hopeful that they can be beyond the confines of institutional hierarchy and institutional baggage and bureaucracy, and dream of something. So I’m hopeful in that sense."—Rev. Joseph Kim, Pacific Northwest Conference of The UMC 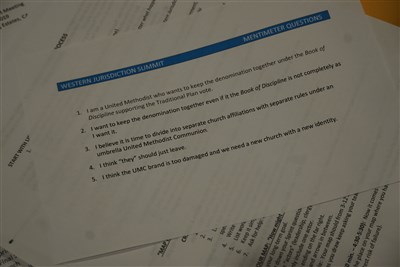 A team of 10 people – five clergy and five laity – has been formed to explore the possibilities of “new mission and new structure” for the Western Jurisdiction. On Saturday afternoon (November 16), attendees at the Western Jurisdiction (WJ) Fresh United Methodism Summit voted that as the most viable plan to come out of the “Sprint” work that began the day before and continued through the morning on Saturday.

The plan came from “Table 7” and was presented by Rev. Joseph Kim of the Pacific Northwest Annual Conference.

“We have to shift course at some point [and] we wanted to leave here with something tangible,” Kim told the gathering. “I want to remove the narrative that we can do nothing.” 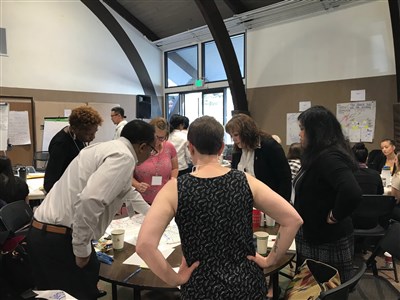 Table 7’s proposal called for electing nine people and tasking them with developing the possibilities of new mission and new structure and presenting them to the 2020 jurisdictional conference.

“Let’s put something tangible down; let’s announce to the world that we’ve elected nine people to lead us,” Kim said, and asked, “Are we bold enough here to take a step toward something … so that we have something to work off of?” 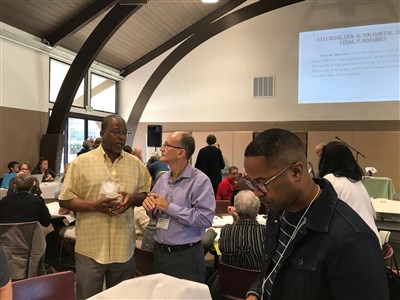 The answer was “yes,” although the proposal was modified to allow for equal representation of clergy and laity.

After paper ballots were tabulated it was announced that those elected were: 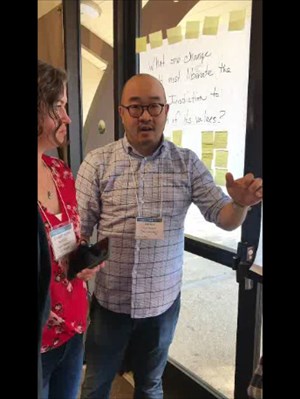 "We wanted to separate process and product," Kim told me afterward. "And so we didn’t want our table to be the one to be able to say, ‘here are the things that we want to consider.’ We – our table itself – was saying, can we have this process that we would offer to the body and then let that group [of 10] be the ones to take and receive the other proposals and to wrestle with them?

"The proposal as is, is that this group would take [the ideas], bring forth a clear mission and a clear structure – a first draft of these things – to jurisdictional conference. Jurisdictional conference would then receive it and tear it apart, edit it, add to it, take stuff out – but I always think it’s easier to start with something and then work off of that, than to try to come in and brainstorm with all of those delegates together; I don’t think it’s gonna be a good use of our time. So this is just an attempt to get that first draft on the table so that people can then work with it and prayerfully do it ... once the proposal is received, the work of this group is done."

Gwen Bortner (from California-Nevada), the jurisdiction’s new project manager, was introduced to the summit earlier in the day and will interface with the team. She collected the storyboards created by each table so that, as Rev. Donna Pritchard, chair of the WJ Leadership Team, noted, “she can pick up the brilliant work that is represented here … [so that] all of these ideas, represented on these sheets, will not be lost.”

Pritchard thanked everyone in the room “for some really extraordinary work and for staying engaged, even when people were tired and legitimately exhausted.” 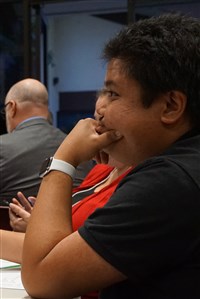 The summit also heard from two young adult participants, Ryland Christian Fernandez and Michael Hsu, both from the California-Nevada Conference.

“I feel that this event gave me a little hope,” Fernandez said. “There’s a lot of chaos in The United Methodist Church and I didn’t know where I would end up [or that] something new could be born out of this.

“We’re not all here … there’s only a few of us here,” he added. “Let this be a call to action for all of you: It’s time to start asking [young adults] and listening to them: What can we do for you, and what can you offer us? 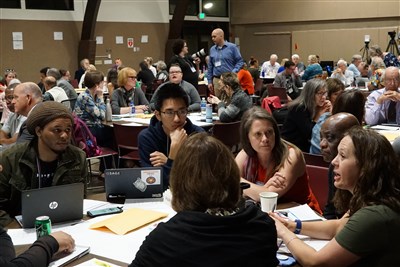 Hsu noted, “We’ve had to go back to the basics ... be who Jesus was: An organizer, someone who spoke truth to power, who said I’m going to be with the least of these.”

The Western Jurisdiction Leadership Team, meeting immediately following the summit, affirmed the statement as well and directed that it be submitted to the WJ Inter-Ethnic Coordinating Committee for translation and cultural interpretation. 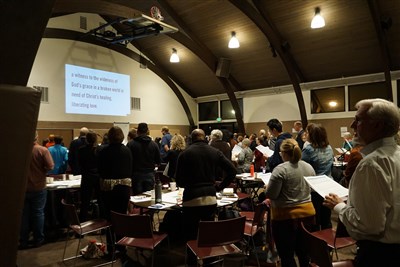 The summit also heard a report from the Connectional Table that it will send legislation to General Conference 2020 that a new structure be created for churches in the United States. To be called a regional conference, it would be where all legislation related to The United Methodist Church in the U.S. would go. According to a July 23, 2019 press release, the U.S. Regional Conference would have geographic boundaries congruent with the territory of the annual conferences in the United States. Jurisdictions would continue to function with their current powers and duties, including the process for electing bishops.

In making the presentation to the summit, The Rev. Kennetha Bigham-Tsai, chief connectional ministries officer for the Connectional Table, said the structure would give the U.S. parity with central conferences. She also said the proposed legislation was presented to the College of Central Conference Bishops, which affirmed it and promised to support it. Find out more at http://www.umc.org/who-we-are/connectional-tables-us-regional-conference-legislation-now-available.