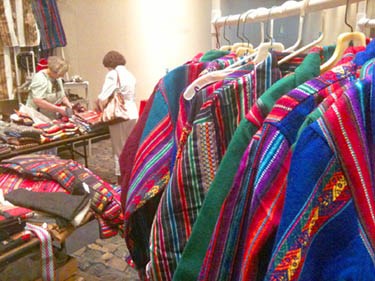 Since 1994 the Mission Handcrafts Project has provided $108,889 in support for Advance Specials and other missions around the world. Last year alone, the project raised $3,735 for missions and the United Methodist Committee on Relief (UMCOR), with 31% of it coming from sales at the California-Nevada Annual Conference Session (ACS) and the rest from sales at local Cal-Nev churches.

Items sold by Mission Handcrafts come primarily from countries where United Methodist missionaries are working, and those missionaries often assist the project in securing inventory.

In the 1960s, Cal-Nev missionaries working with the Methodist Church in Bolivia started the Bolivian Handcrafts project and facilitated the purchase of goods from that country. Methodist Church work in Bolivia has continued to receive the greatest financial support from the project based on total sales.

In 2005, Bolivian Handcrafts became Mission Handcrafts with the purchase of inventory from Angola and India, made possible by United Methodist Volunteers in Mission (UMVIM) team members who traveled to those countries. Projects in India supported by UMVIM teams from Davis currently receive the second largest proportion of financial support.

Advance Specials in Cambodia have been supported by Mission Handcrafts since 2009, with help from Cal-Nev missionaries and other travelers who have shopped for Mission Handcrafts there. Inventory from Cambodia includes silk scarves and purses of many styles, as well as unique hand-made gift items.

Since 2009, inventory from more than 20 additional countries has been included in Mission Handcrafts sales, including items from the Philippines, West Bank, Russia, Turkey, Haiti, several African countries, and others, as well as products from Red Bird UM Mission in Kentucky and UM Tree of Life mission in South Dakota.

Churches may schedule sales by contacting Sandra Metzger, Sale Coordinator, at 707-938-8373 or sgmetzger@att.net.