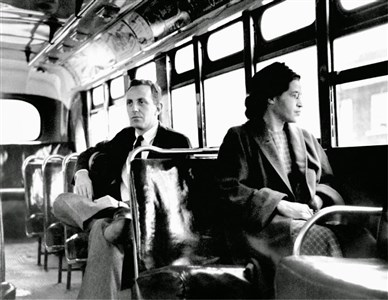 By Patricia Daugherty
Co-chair, Israel-Palestine Task Force, CA-NV Annual Conference
Members of the Advocacy and Justice Committee have issued a statement addressed to federal representatives within the boundaries of the California-Nevada Annual Conference, urging their support of House Resolution 496, “Affirming that all Americans have the right to participate in boycotts in pursuit of civil and human rights at home and abroad, as protected by the First Amendment to the Constitution.”
Quoting the statement, “As people of faith we are called to advocate on behalf of the oppressed as we work for a more peaceful and just world. As Americans we insist that our constitutional right to free speech be protected.”
Consider adding your voice. Protect our right to boycott by urging your member of Congress to support House Res. 496. It’s easy!  Follow this link: Support Right2Boycott.
Deeply concerned about legislative efforts that seek to stigmatize, suppress, and, in some instances, criminalize constitutionally protected exercise of free speech, members are grateful to Representatives Ilhan Omar (D-Minnesota), Rashida Tlaib (D-Michigan), and the courageous Civil Rights Movement leader, John Lewis (D-Georgia), who introduced the bill in July 2019. Currently the bill has 15 co-sponsors, one of whom is within our conference boundaries.
Referenced in the statement is the 2016 resolution in which our conference joined the growing number of denominations, as well as Jewish Voice for Peace Rabbinical Council, in calling on our elected officials “to resist efforts to stifle the movement toward justice for Palestinians” through the current wave of anti-boycott, divestment (BDS) legislation.
Excerpted from that statement:

United Methodists and other religious communities have long used the nonviolent tools of boycotts, divestment and sanctions in efforts to stand in solidarity with people in their calls for justice. These measures have proven to be successful in producing constructive social change, including strengthening labor rights for farm workers in this country, the Civil Rights movement and the Montgomery Bus Boycott, and ending apartheid in South Africa.

In 2005, after studying the success of these efforts, a broad coalition of Palestinian civil society issued a call for Boycott, Divestment and Sanctions (BDS) in order to advance the long-denied Palestinians’ right to self-determination, freedom, justice, and equality. BDS is a non-violent response to a violent and destructive reality of military occupation.
In 2009, Palestinian Christians supported the call for boycott and divestment in their landmark document, Kairos Palestine: A Moment of Truth. This contemporary, ecumenical confession of faith (often compared to the Rev. Martin Luther King, Jr.’s Letter from a Birmingham Jail, and other Christian manifestos written in times of crisis), led to the formation of United Methodist Kairos Response.
In 2010, Kairos Palestine: A Moment of Truth was introduced to our California-Nevada -Annual Conference as a resource for congregational study and action.
In 2012, the worldwide United Methodist Church General Conference called on all nations to ban the import of goods and services coming from illegal settlements. In addition to the boycott action, in 2016, the church’s pension board excluded five Israeli banks from investment, divesting from two of the banks and one Israeli construction company.
Again, click on Support Right2Boycott to urge your member of Congress to support House Res. 496.