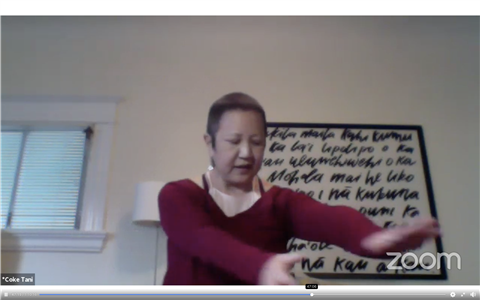 Under the Duterte presidency in the Philippines, and in the face of the COVID-19 pandemic, the Philippine legislature signed into law a so-called “Anti-Terror Act.” Human rights advocates, church sector workers, environmental defenders, and peace advocates have been increasingly red-tagged (labeled as communist), harassed, and killed. Recently, several human rights workers were murdered, and our partners at National Council of Churches in the Philippines (NCCP) have been added to a list of red-tagged organizations by the Philippine government. The United Methodist Church is a member organization of NCCP.

To respond, the CA-NV Philippine Solidarity Task Force held an online vigil August 28, “When We Ask, ‘Why?’” NCCP General Secretary Bishop Reuel Norman Marigza and Asst. Program Secretary Rev. Irma Balaba gave testimony to the unconstitutional nature of the Anti-Terror Act. They named people recently killed, those imprisoned for political reasons, and people and organizations on red-tag lists. Rev. Balaba has lived with threats and harassment since she was a student organizer. She called on us to trumpet the stories of human rights abuses in the Philippines and to trust truth and justice will prevail. As we advocate, we may draw strength from God and the people who are denied their rights. Her life and the lives of many depend on our shining a light on the struggles of the Filipino people.

One way the Philippine Solidarity Task Force currently resists injustice is through its partnership with secular organizations to promote the Philippine Human Rights Act in our US legislature. The Act would require the Philippine National Police and Armed Forces of the Philippines to adhere to human rights standards if they want to receive US taxpayer funds.

People attended the vigil on Zoom from the Philippines and across the USA. It was also livestreamed on our FaceBook page, and you are invited to view the recording of it there. Click here to access the recording.