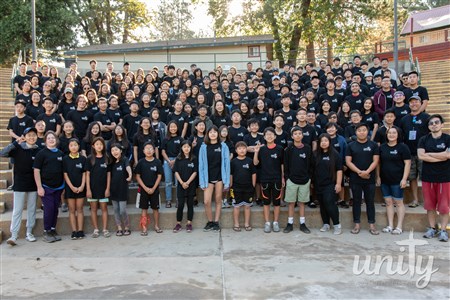 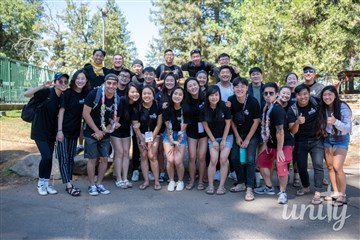 The Korean Caucus of the California-Nevada Annual Conference held its annual Summer Joint Youth Retreat (Unity Retreat) July 28-31 at Old Oak Ranch in Sonora. Coming from 12 Korean United Methodist churches, 121 youth and 53 college volunteers joined together for the event. The theme this year was “Something New” and focused on Exodus 14:14, “The Lord will fight for you; you need only to be still.” The guest speaker was Daniel Kim, who serves as a youth minister at the Korean United Methodist Church of San Diego.

“Many students, not only youth campers but also college volunteers, experienced the Holy Spirit during the retreat,” reports Rev. Chesung Justin Ryu from New Creation UMC in Campbell. “It became a wonderful opportunity for students to renew their faith and return to the Lord.”

A movie under the stars, rope courses, and rock climbing were some of the high points of Monte Toyon Camp for third-through-ninth-graders, July 7-13. 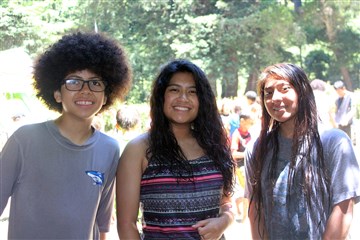 Seventy-five campers attended – double the attendance of last year – while 10 staff members and 10 Leaders in Training (LIT), ages 15-17, worked alongside the Reverends Emily and Jacey Pickens-Jones, who served as the LIT directors.

“We were lucky enough to have two clergy on staff with us,” says Jenna Stark, camp director. “They were a great addition to our camp family … we also had quite a few clergy kids who came to camp!”

Other highlights of the week included a beach day, a nature hike, and, according to Stark, “our world-famous talent show, ‘Toyon’s Got Talent,’ and tons of games and crafts.”

“Overall it was an amazing week,” Stark says. “We are already counting down the days to next summer!”

Editor's Note, 10/9/2019: Since publication of this article we have corrected the spelling of Rev. Luke Ham's name and the URL for the CA-NV Youth and Camping website. Our sincere apologies for these errors.