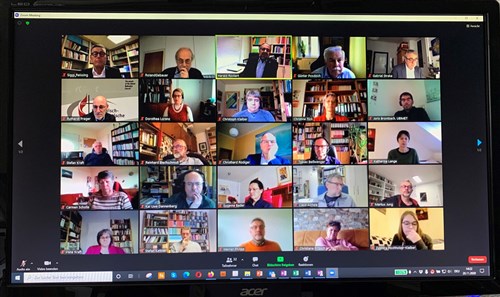 The United Methodist Church in both Norway and Germany made decisions about becoming more inclusive of LGBTQ people in their congregations.

During a virtual meeting in late November, the Norway Conference made plans to issue a public apology to LGBTQ people as part of an ongoing process leading to full inclusion. The United Methodist Church would be the first church in Norway to issue such an apology.

The executive committee of The United Methodist Church in Germany agreed to be more open on matters related to human sexuality, while also creating a “Community Covenant” aimed at accommodating those members and congregations from a more traditional, conservative perspective.

The executive committee, meeting Nov. 20-21, accepted by an “overwhelming majority” a proposal from the 21-person roundtable chaired by Germany Area Bishop Harald Rűckert. The roundtable, despite differing opinions on homosexuality, submitted the proposal to the committee unanimously. Delegates of the Germany Central Conference were there to discuss the proposal and recommended the committee accept it, but did not vote.

The decision suspends negative and restrictive passages of the German version of the Book of Discipline related to homosexuality — including the ban on same-sex weddings —while ensuring that pastors and churches from the conservative wing of the German church are “not required to act against their own conscience,” the church said in a news release.

The committee’s actions are provisional until the next meeting of the postponed Germany Central Conference in November 2021. The executive committee expressed its hope that these changes make it possible to stay together as a church in the spirit of “convicted humility” and noted that the plan preserves the connectional nature of the church.

At the Norway Conference, there was a long debate about the wording of the planned apology.