Doors at First United Methodist Church in Sacramento will open on Saturday, September 7 for a performance of Doors Open, an LGBTQ-themed musical that’s based on a song that’s based on The United Methodist Church slogan.
The musical is the brainchild of playwright-composer Mark Teagle, who created it for churches that are wrestling with the subject of LGBTQ community. The Sept. 7 performance is sponsored by the Methodist Pride Collective (made up of members of several local United Methodist churches, the collective addresses the issue of LGBT inclusion in American churches) and is free and open to the public. The curtain goes up at 7 p.m.
First UMC is located at 2100 "J" Street, Sacramento, CA 95816.
The play starts as Mel stands outside his church, unable to go through the doors. His daughter has just come out to him as a Lesbian, and now he’s conflicted: How can he love his gay daughter and still stay true to his church? Outside those same doors stands Dee, a Lesbian wondering if she is welcome at this congregation. Joining them on stage are church members and outsiders who laugh, sing, and cry their way through this challenging conversation. 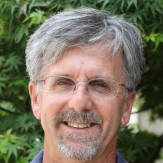 “I first came up with [the musical] after writing a song, “Come Through Open Doors,” which was based on the United Methodist slogan,” says Teagle (at right), who composed the song three years ago in honor of the one year-anniversary of Good Samaritan UMC becoming a reconciling congregation.
Doors Open already has been performed at four locations this year – Good Samaritan UMC in Cupertino; Wesley UMC and Willow Glen UMC, both in San Jose; and Los Gatos UMC. Since its premiere in 2017, the show has been performed 13 times, with more than 1,500 in attendance.
The 2019 performing cast primarily is from Wesley United Methodist Church, with some members representing other area churches, including First Congregational in San Jose and Good Samaritan UMC in Cupertino. A few cast members are new, but many are veterans of the musical who took time to rehearse after church on Sundays for several months. The cast has been asked to do more shows, but dates for additional performances have not been confirmed – so don’t miss the opportunity to see it on Sept. 7 at FUMC Sacramento.
Teagle has written and published a number of musicals for churches and schools over the last 20 years. His other works include Epistle: God sends the Galatians a Letter, Give Me Shelter, Baptizer, Mary and Joseph 1975, and Christmas at the Mall.
A native of Washington State, Teagle grew up on the Olympic Peninsula and studied religion and music at Seattle Pacific University before earning a Master of Arts in Theology degree from Fuller Theological Seminary in Pasadena. His professional life within The United Methodist Church began when he served as a choir director in Southern California. After working in other denominational settings, he returned to The UMC in 2005 as music director at Good Samaritan. Currently Teagle is the director of spiritual formation, community engagement, and music at Wesley UMC.
Teagle hopes that others will want to produce Doors Open as a theatre piece for their church and community. He holds the theatrical rights, so churches may contact him directly. He also has recordings available in a play kit format for local congregations. Contact him at markateagle@gmail.com or 408-295-0367.