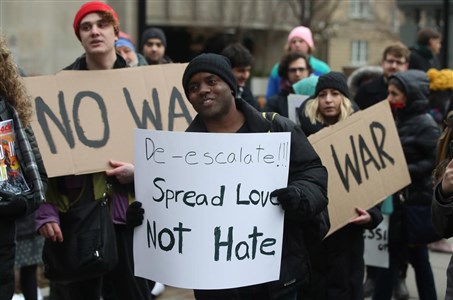 (GBCS) - As people of faith, we condemn the United States’ dangerous aggression towards Iran, including the assassination of Gen. Qassem Soleimani and the deployment of additional troops to the region. We urge the Administration to step back from the brink of war.

Our faith communities see the futility of war, and its power to dehumanize. We know that human flourishing entails breaking cycles of violence, being courageous peacemakers, and focusing on the root causes of conflict. Violent conflict is a path of mutual destruction.

Instead, all actors must move forward in a way that upholds our shared, sacred human dignity:

As communities of faith, we renounce the escalation of violence, and call on the United States to work towards lasting peace with Iran.