Ecumenical Event: Padre Melo of Honduras to Speak on Migration 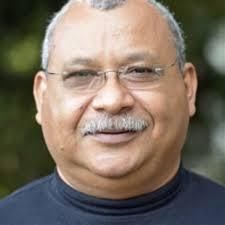 St. Francis Pathways for Justice Ministry is working with St. Ignatius and other local churches to bring Father Ismael Moreno Coto of Honduras to speak in Sacramento. A Jesuit priest popularly known as Padre Melo, he will be in the U.S. as a conference keynote speaker at Gonzaga University, and then will visit California.
Padre Melo holds a master’s degree in philosophy and another in theology, and in 2015 received Norway’s Rafto Award for Human Rights and Freedom of Expression. In 2002 he founded the ERIC center that assists cases before the Inter-American Commission on Human Rights, related to activists murdered for their work in defense of the environment and human rights. He himself often receives death threats in response to his advocacy for human rights and democratic values through the news media in Honduras, where he directs Radio Progreso.
Padre Melo will speak about the current mass migration from Honduras – the violence and poverty that is causing thousands of families to flee for their lives.
Come hear this important voice for justice in the Americas: Tuesday, September 17, 7 p.m., at Trinity Episcopal Cathedral, 2620 Capitol Avenue, Sacramento, CA.
Enter on 27th Street for free parking.
Click here for more information about Padre Melo.