Dismaying, Yes; But Not Surprising, Devastating

It was called to find “a way forward.” It ended taking “a way backward.” 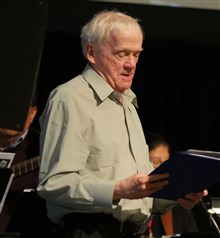 To find a way a forward, people in disagreement have to compromise and give up something. The progressives yielded – no longer insisting that all pastors must be allowed to perform LG weddings, nor that all conferences must approve LGBTQ clergy.

But the evangelicals yielded on nothing. That is dismaying, indeed. But I find it not surprising, nor am I devastated.

It is dismaying because, after 47 years, we have not been able to persuade the other side to what we are certain is theological assurance – God loves everyone without condition. The other side has lots of theological education, so it’s puzzling how they miss this point. But then again, maybe they don’t miss it. Maybe they just are appalled at the thought of LGBTQ sex, and no education can dispel that. Or maybe they just like exercising power.

What happened in St. Louis Feb. 23-26 is not surprising. Political factions tend not to compromise when they are confident they have the majority. The Wesleyan Covenant Association had confidence. So not only did it not compromise; it doubled down – even adding more punitive measures. Would our side have compromised if we were confident of a majority? Some folks on our side did not like that we would permit conferences and local churches to refuse LGBTQ clergy or LG marriages. To them the good (allowing localities to decide) was the enemy of the perfect.

Nor is what happened devastating. The Western Jurisdiction, and some of the pastors of mega-UMCs and in the Northeast, are saying that nothing will change. They will still perform LG weddings and ordain LGBTQ clergy. Punitive measures are not workable in the face of unity.

The only real difference I see was how the media regarded St. Louis. The New York Times had covered every four years how Methodists reaffirmed “incompatibility.” But they never gave it front-page, top right column treatment – the major story of a day – as they did this year. They must really have seen a split coming – finally.

Neither is the possibility of a split devastating. Splits have been rampant throughout Christian history. Starting with Sts. Peter and Paul saying c. AD 50 that you didn’t have to become Jewish before becoming Christian. Continuing with the West and the East disagreeing on the nature of Christ in the Trinity in AD 451, and finally splitting as the Catholic pope and the Orthodox patriarch excommunicated each other in AD 1054. Continuing through the many Protestant splits of the Reformation. Continuing as John Wesley was evicted from Anglican pulpits because he preached outdoors in 1739 to the lowly Bristol coal miners, telling them the love of God was for them, too. Continuing as the Methodist Episcopal Church in America split in 1844 over slavery.

Splits allow people with different ideas about ministry – for their areas, and for their times – to surge ahead with new energy and effectiveness. There is “a way forward” after all.