Disaffiliation & Non-Payment of Apportionments Statement of the Extended Cabinet 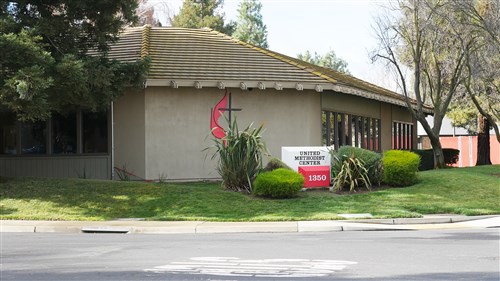 “I appeal to you therefore, brothers and sisters, by the mercies of God, to present your bodies as a living sacrifice, holy and acceptable to God, which is your spiritual worship. Do not be conformed to this world, but be transformed by the renewing of your minds, so that you may discern what is the will of God—what is good and acceptable and perfect. For by the grace given to me I say to everyone among you not to think of yourself more highly than you ought to think, but to think with sober judgment, each according to the measure of faith that God has assigned. For as in one body we have many members, and not all the members have the same function, so we, who are many, are one body in Christ, and individually we are members one of another.”
– Romans 12:1-5, NRSV

“The pretenses for separation may be innumerable, but want of love is always the real cause; otherwise they would still hold the unity of the Spirit in the bound of peace. . . . And as such a separation is evil in itself, being a breach of brotherly love, so it brings forth evil fruit; it is naturally productive of the most mischievous consequences. It opens a door to all unkind tempers, both in ourselves and others. It leads directly to a whole train of evil surmising, to severe and uncharitable judging of each other. It gives occasion to offense, to anger and resentment, perhaps in ourselves as well as in our brethren; which, if not presently stopped, may issue in bitterness, malice, and settled hatred; creating a present hell wherever they are found, as a prelude to hell eternal.”
– “On Schism” by John Wesley

As the Extended Cabinet of the California-Nevada Annual Conference, we believe that this is a Kairos moment in the life of the broader church. This moment emerges in the wake of the completion of jurisdictional annual conferences of the connection. The new composition of the delegations to General and Jurisdictional Conferences gives us hope for the future of the United Methodist Church and calls us to more closely examine our ongoing conversation about how to best be the church in this time. What follows is an encapsulation of our own perspective regarding some of the important issues before us. First among these is the notion of disaffiliation of the Western Jurisdiction from the United Methodist Church. We offer these observations in the hope that we might be in deeper and more prayerful conversation.

*Dollars denied for education, disaster relief, medical assistance, feeding the hungry, confronting expressions of racism and tribalism, sexual violence, misogyny and many more areas of concern and including support for the infrastructure that allows the church to respond to such concerns, will place lives as risk.