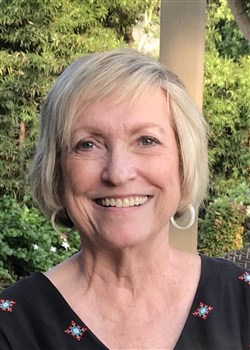 The Conference Claimants Endowment Board (CCEB) has announced an addition to the staff. Marsha Bryan will serve as legacy advisor, spearheading the revival of the board’s Fund Development program. The refocus “harkens back to the days of Harry Shaner, Al Thomas, and John Espie,” according to the press release.

Bryan will focus on creating a culture of philanthropy and generating funds to further the mission of The Endowment Board.

She comes to CCEB with more than two decades of experience in the non-profit industry; a wealth of knowledge in planned and major giving from her time as the director of development for various organizations; and a lifetime of service in The United Methodist Church as the wife of late pastor, Rev. A. Allen Bryan.

As the past executive director of the California-Nevada United Methodist Foundation, Bryan has a deep understanding of the conference, as well as a personal appreciation and passion for the mission of The Endowment Board.

“After the death of my husband I was searching for God’s calling, and I believe I have found it in my new role with The Endowment Board,” she says, adding, “I look forward to providing our donors with the opportunity to create a lasting legacy through our Planned Giving program.”

Bryan has two children and three grandchildren. Welcome her in her new role!