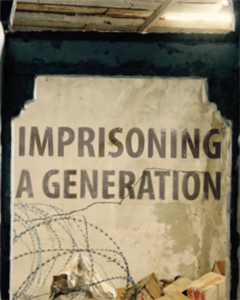 In 2018 the California-Nevada Annual Conference overwhelmingly passed a resolution endorsing H.R.4391, a bill that addressed the human rights of Palestinian children held in Israeli military detention.
Reintroduced on April 30, 2019 as the Promoting Human Rights for Palestinian Children Living Under Israeli Military Occupation Act (H.R.2407), the new bill prohibits U.S. funding for the military detention and ill treatment of children in any country, including Israel. The bill is strongly supported by many church denominations and other organizations.
“We are excited to have a bill in Congress that finally addresses the human rights of Palestinians and we look forward to educating and mobilizing individuals and congregations,” says Patricia Daugherty, co-chair of Cal-Nevada's Israel-Palestine Task Force.
“We are keenly aware of the connections to ill-treatment of immigrant children at our border and the criminalization of children and youth in our own marginalized U.S communities. Working from this understanding we hope to lift up the rights of children in general as we highlight the rights of Palestinian children.”
The Israel-Palestine Task Force is joining other Sacramento area faith-based justice groups in launching a campaign to get area representatives to co-sponsor H.R.2407. Part of the campaign kick-off is screening the new film Imprisoning a Generation on Saturday, June 1, 2019 at 4 p.m. at the Unitarian Church, 2425 Sierra Blvd., Sacramento, CA 95825.
Contact Patricia Daugherty at ip.taskforce@cnumc.org to learn more about the Israel-Palestine Task Force or the film.