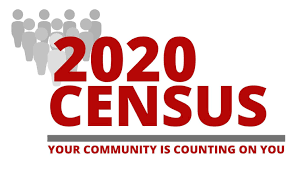 Editor's Note: Thanks to Rev. Angela Brown, JD, California-Nevada Minister for Community Engagement, Advocacy and Justice and Chair, Order of Deacons, for lifting up the new 2020 Census deadline and the importance of being counted.

There is still time to be counted in the US Government 2020 Census. As a result of the COVID-19 pandemic, the census deadline has been extended to October 31.


California receives from the federal dollars from the US Government for programs such as medicare and those dollars are directly linked to the number of people in the state counted through the census.  California's Medicare program receives roughly half, or $77 billion dollars, of its budget through current census allocations.

If folks do not take the time to be counted, the state stands to miss out on potential federal dollars and actually loose current funding which will mean fewer California citizens will be covered by state and federal programs.

The census response in California to date is 59% of all known citizens. That means that 41% of California citizens who were mailed census forms have not filled them out and mailed them to the census office. Take a moment to consider all those in addition to those who were mailed ballots who are not currently on the census roles, did not receive forms in the mail, and will not be counted due to access and/or fear of what might happen if they are counted and not documented.

What could you and your church community do to help people complete the 2020 Census?

The link for more information is census.ca.gov.