Celebrating Hispanic Heritage amidst everything 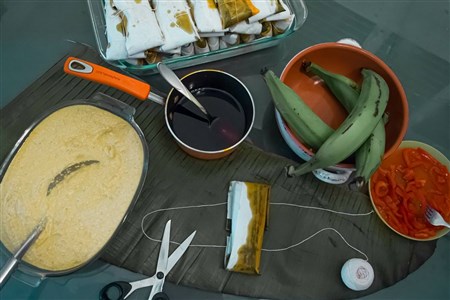 There are still reasons to celebrate

It is officially Hispanic Heritage Month, a celebration that begins on September 15 and runs through October 15. This celebration began in 1968 under President Lyndon Johnson and was originally Hispanic Heritage Week. Twenty years later, President Ronald Reagan extended the celebration to a full month with the approval of Public Law 100-402 on August 17, 1988. 2020 marks the 32nd Hispanic Heritage Month in the U.S. This month is supposed to be a dedicated time for our country to celebrate the history and cultures of Hispanics of Mexican, Spanish, Central and South American and Caribbean descent in our nation.

This year there is not a lot of observance. We are simultaneously dealing with a global pandemic, escalating racial tensions, natural and not-so natural disasters all during an election year where our nation is as divided politically as ever before. Many - if not all - of these headlining topics have negatively affected my Hispanic community and that makes it incredibly difficult for me personally to feel festive during Hispanic Heritage Month. Healthcare disparities greatly affect how Hispanic communities deal with Covid-19. Some states with large Hispanic populations are literally on fire. Moreover, racial tensions have escalated, fueled by the current administration, encouraging more racism on a population already feeling saturated with injustices.

But amid everything, I do celebrate our resilience as a people. The strength and willpower to pull though any difficulties in life is part of the Hispanic DNA. I celebrate our collective accomplishments. More Hispanics have pursued degrees and graduated with higher education than ever before. Hispanic-owned companies have doubled the growth rate of all businesses across the U.S. Hispanics also had the largest homeownership gain of any ethnic group in the United States. And that’s to name just a few things.

I celebrate the cultural impact our presence has in the U.S. More people, not just Spanish speakers, are listening to Latin music than Country for the first time in history. In recent years, there has been more Hispanic representation in pop culture. More recently, TV series like “Jane the Virgin”, “Roswell”, “New Mexico” on The CW and “One Day at a Time” on Netflix are just a few of many series telling Hispanic stories with Hispanic actors. More Hispanic actors have also been cast in movies and televisions series playing central roles - rather than stereotypical bad person or gang member. Over the years, DC Comics and Marvel significantly increased representation of Hispanic in their comics, with DC having significantly more Hispanic heroes than villains.

And we can’t forget about the food. (Oh the food!) Most notably Mexican food has become a staple of this country and can be found almost everywhere. Other countries’ cuisine is also widely available. While Cuban, Dominican and Puerto Rican food and ingredients are easily found in supermarkets and local restaurants on the East Coast of the U.S., more Central American food, like Salvadorian and Nicaraguan, are found out West. If you are fortunate to live in a diverse state, you can easily see the influence of Central, South American and Caribbean food in local cuisine.

I celebrate the diversity within our very own Hispanic community. Quite often, Hispanics are lumped together as one uniform group just because the majority of us have a certain look and speak Spanish. But, in fact, we have incredible diversity. The Hispanic community in the U.S. is made up of 20 different countries of origin and each have their own history and culture. The U.S., England, and Australia, are all English-speaking, but we all know how vastly different these three countries are in their culture, English language and even food. So imagine that, but with 20 different countries. We are multicultural and proud of it.

I celebrate the social and economic contributions we bring to this nation. The Hispanic population of this country sits at around 52 million people, making us 16.7% of the total national population. In addition, there are approximately 4.37 million Hispanic-owned businesses. We contribute more than $700 billion to the U.S. economy every year, and account for $2.3 trillion in economic activity. You don’t have to be an economist to understand what an impact Hispanics have on boosting the economy.

I celebrate that our presence continues to grow and am excited for the 2020 Census results. This month I celebrate that we will have a brighter future in the United States of America. As the pandemic continues, most cities have canceled their Hispanic Heritage Month celebrations and festivals in order to help reduce the risk of spreading Covid-19. However, there are ways you can still celebrate at home. Check out the Smithsonian’s Latino Center website for resources such as Darren Milligan’s piece, Top 8 Reasons Why and How We Celebrate Hispanic Heritage Month.  If you are a teacher or parent wanting to celebrate with your kids, take a look at these Hispanic Heritage Month activities and lesson plans. And if you are curious about cuisine, check out these Latin American recipes for a fun night in cooking with family. But most importantly, the best way to celebrate is to learn about the history of Hispanics in this country, the struggles they have faced, the injustices they still experience, grow awareness, advocate and vote for a better future.