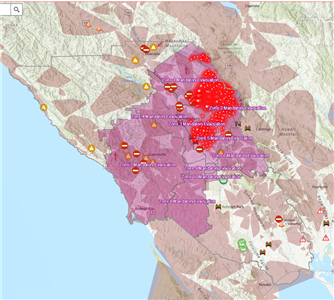 Sunday church services were cancelled yesterday at Sebastapol, Forestville, and Windsor United Methodist churches and at Christ Church UMC in Santa Rosa, and there was only one service at First UMC, Santa Rosa due to evacuations. More than half of Sonoma County is under mandatory evacuation as the Kincade Fire continues to blaze, only 5% contained after four days.
Rev. Schuyler Rhodes, superintendent of the Los Rios District, has been in touch with pastors in the affected zone and, with Conference Disaster Response Coordinator Sonja Edd-Bennett, has been monitoring the situation. He had planned to be in Sonoma County for several days this week for charge conferences, but says those conferences now are on hold.
Revs. Lori Sawdon (senior pastor of First UMC of Santa Rosa), Lindsey Bell-Kerr (pastor of Christ Church UMC and associate pastor at First UMC in Santa Rosa), and Diana Bell-Kerr (pastor of St. John’s UMC in Rohnert Park) were evacuated from their homes overnight Saturday-Sunday, Rhodes reports. Rev. Laurie Bayen, pastor of Windsor UMC, lives in an area outside of town that was not under evacuation yesterday, but she was prepared to go if the need arose. 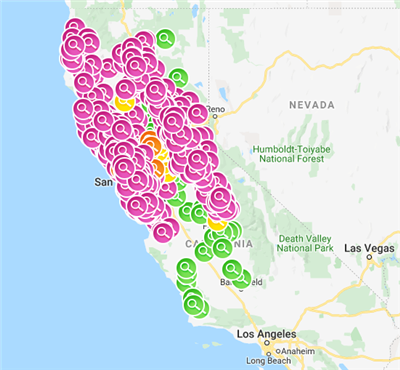