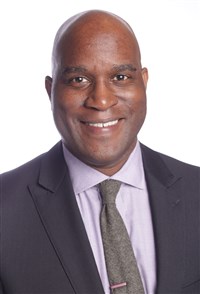 The California-Nevada United Methodist Foundation has hired a new executive director. The Foundation Board of Directors reports that David Malloy (left) has been tapped to succeed Susan Peters (at right, below), who in June announced her retirement after 10 years of service, effective at the end of 2019. 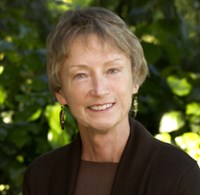 Malloy is a fourth generation United Methodist and a graduate of the University of North Carolina at Pembroke, where he received a bachelor's degree in communications with a public relations concentration. In 2015 he received a master’s degree in fundraising and non-profit management from Columbia University.
Malloy comes to the Foundation after serving for 10 years in the Office of Development with the General Board of Global Ministries. In his work with Global Ministries, Malloy worked as the director of annual conference relationships, communicating the work of the mission agency to the 59 annual conferences of The United Methodist Church.
Previously, he served for four years as the director of communications for the Greater New Jersey Conference and served a two-year term as president of the United Methodist Association of Communicators. He also was the fifth recipient of the Judith L. Weidman Fellowship sponsored by United Methodist Communications – a yearlong fellowship designed to prepare young people for careers in religion communications.
Malloy and his wife, Summer, are expecting their first child, a boy, in December.
He will serve as executive director-elect from November 1 to December 31 alongside Peters, aided by staff members Cheri Kraus and Angela Slaton.
The California-Nevada United Methodist Foundation serves individuals, local church congregations, and conference agencies through professional, socially responsible investment of endowment and other funds for local churches and church agencies. It also provides legacy giving education and guidance for congregations and individuals.
Read press release