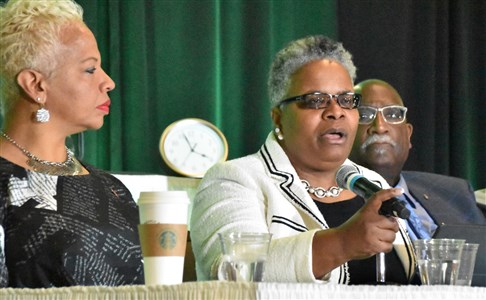 Much of the annual meeting of the African American caucus of The United Methodist Church focused on major changes being proposed to the now-delayed General Conference, as well as the views of black church leaders.

During its 53rd annual meeting, Black Methodists for Church Renewal endorsed the Protocol of Reconciliation & Grace Through Separation, a plan for amicable separation of the church.

A panel of episcopal leaders known as the Ebony Bishops discussed the protocol plan that seeks to resolve a decades-long impasse over ordination of openly LGBTQ clergy, allowing same-sex weddings and the Book of Discipline description of homosexuality as “incompatible with Christian teaching.”