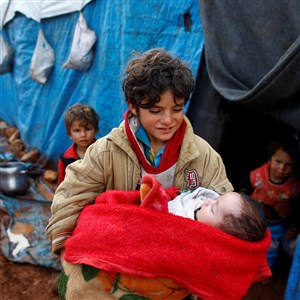 Every year the US President sets the goal for the number of refugees who will be resettled in the US.  A refugee is someone who has fled their home country and cannot return because of a well-founded fear of persecution based on religion, race, nationality, political opinion or membership in a particular social group.

Refugees are the most vetted group for entrance into the US.

Among the refugee groups that the Trump Administration has named as requiring special attention are religious minorities and Iraqis who have assisted the U.S. mission.

However, we are learning that the Trump Administration is considering not allowing the resettlement of any refugees in the US in 2021.

The yearly average number of refugees historically received into the US has been 95,000.  Under the Trump Administration, that number has been dramatically reduced every year.  This year the number of how many refugees the US will receive has been 18,000.

In November of 2019 we understood that the rules for receiving refugees into the US were being changed in ways that appeared to be efforts to block any refugees being able to be resettled in the US.

Now we are hearing that there are efforts on the part of the Trump Administration to receive NO REFUGEES in the US in 2021.

The United Methodist Church stands with refugees and their resettlement in the US.  It is the compassionate and humanitarian response to such human suffering.

Please help us raise our moral voice on this matter by sending ONE EMAIL TO THE FOLLOWING ADMINISTRATION OFFICER:

As you email Ms. Robbins to express your concern about the 2021 refugee admissions goals, respond in your own voice but please include the following:

The United Methodist Church supports refugee resettlement in the US as an act of moral and compassionate response to the human suffering of those who are forced to become refugees in the world.  We call for an admission goal of the historic 95,000 refugee resettlement per year including in 2021.  Cutting the already historically low 18,000 refugee admission into this country would show callousness and be a move further away from the US humanitarian spirit.

Time is of the essence.  Please send this email in the next 24 hours.

Here are some resources to help you:

God bless you friends in this time of pandemic and social isolation.  God is with us!