Bishop Carcaño and Others Represent Cal-Nev at SF Interfaith Event 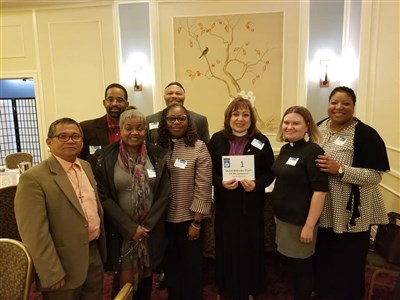 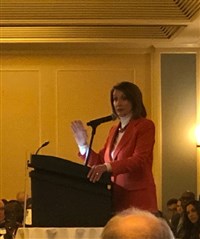 The California-Nevada Annual Conference was well represented at the San Francisco Interfaith Prayer Breakfast Tuesday morning (Nov. 20). Bishop Carcaño attended, along with Bay District Superintendent Staci Current and other clergy and laity from the district.

The breakfast is a staple of Thanksgiving week and each year attracts the city’s most influential citizens, as well as remarks by heavy-hitters such as Nancy Pelosi (above, right) and San Francisco Mayor London Breed, who spoke this time.

The 2018 event celebrated the faith community’s 30 years of providing the Winter Shelter, in service to the homeless population of San Francisco.