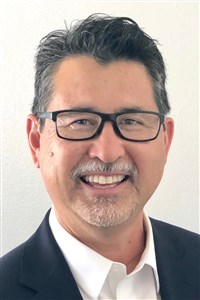 
The tradition of the Asian and Pacific Islander American Heritage Month was initially an idea from a Chinese American congressional staffer named Jeanie Jew back in the 1970s.

She approached U.S. Rep. Frank Horton of New York with her proposal. In June 1977, Horton and U.S. Rep. Norman Mineta of California introduced a resolution to proclaim the first 10 days of May to be Pacific/Asian American Heritage Week.

May was chosen because of two significant historical events that took place in the Asian American community: the arrival of the first Japanese immigrants to the United States recorded on May 7, 1843, and the completion of the Transcontinental Railroad on May 10, 1869. In 1990, President George H.W. Bush signed a bill passed by Congress to extend the week to the entire month of May.

As a third-generation Japanese American, I am proud to be both Asian and American. However, I didn’t always feel so good about my heritage as an Asian American.

When I was around 12 years old, I learned from my history class that 120,000 Japanese Americans on the West Coast were forcibly (and illegally) placed into internment camps during World War II because they were deemed a national security risk by the U.S. government.