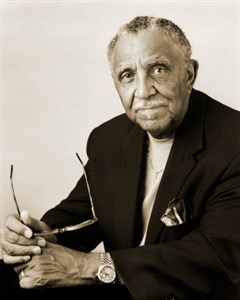 The Rev. Joseph Echols Lowery, a United Methodist pastor who loved to preach and was never afraid to speak truth to power, died at his home in Atlanta on March 27. He was 98.

Lowery walked with the Rev. Martin Luther King Jr. and gave the benediction at President Barak Obama’s first inauguration. Obama also presented him the Presidential Medal of Freedom in 2009.

“While Rev. Joseph Lowery was, without question, an important figure in the Civil Rights Movement, it may be less well known by many that his greatest love was being a pastor,” said retired Bishop Woodie W. White.

White and Lowery were close friends and he spoke fondly of a man he greatly admired and loved.

Lowery’s famous sense of humor was one of his greatest gifts, White said. “He could make people laugh while delivering an important message. He always treated people with respect,” White said.