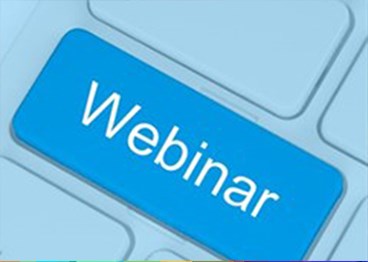 Zoom participants from Bakersfield, California to Battle Mountain, Nevada and United Methodists across the Western Jurisdiction enjoyed a virtual tour of the John Wesley Chapel in Bristol, England on Wednesday, February 3, 2021 during the Wednesday Webinar.

The chapel site, 100 miles west of London, was updated  in 2017 to include a three-story visitor center complete with museum, multiple meeting areas for conferences and teaching, cafe and visitor store. The site still includes Broadmead Courtyard with the original statue of John Wesley on his horse. The chapel is now referred to as “The New Room.”

Guest speaker and director of the New Room since 2006, David Worthington, shared in-depth knowledge of the history of the building and Methodist heritage.  Worthington regularly gives lectures to groups around the world and is responsible for the overall strategic development of work at the New Room.

“Some of the issues we are facing today are the same issues that the Wesley faced then,” states Worthington when asked how things have changed over the 300 years since Wesley. “The critical point is the Wesleys responded to the needs they encountered.”

Worthington explains that those hearing Wesley’s preaching expressed their needs and Wesley listened and responded. Parents wanted their children educated, so Wesley founded Kingswood School in 1748. Because the need arose, Wesley provided access to medical care by opening a medical dispensary on the chapel site as well as a food bank.

Wesley also challenged the popular slave trade in the city. Wesley’s sermon on the issue can be found at https://www.amazon.com/Thoughts-Upon-Slavery-Classic-Reprint/dp/1332886051#ace-g9766277718

According to Worthington, Wesley deliberately sought to engage with the poor, disenfranchised and the marginalized—those that Wesley did not see being served by the Anglican church in Bristol at the time.

“During the Seven Years Wars, there were French prisoners [enemies of the British] in Bristol,” states Worthington. “Wesley went out and started to engage them, he preached to them—and once he preached to them, what did he then do? He went about raising money to purchase linen and wool cloth to make clothes which were then distributed to those prisoners who were in greatest need. And before long, Bristol’s governing hierarchical structure realized, actually, we need to respond to the needs of these people.”

“I think the reason John and Charles was so successful was because they were able to engage with people in a way that people understood and could engage back with them,” states Worthington explaining that Wesley and his brother were highly educated, graduates of Oxford University. “… but the spirit of Methodism is how do I find a way to almost strip away all the fancy ideas and just meet this person as a fellow human being and say, “Where are you?” and “How can I help?” and “How can I be of service to you?” and for me, that’s where John would be today.”

Worthington quotes American abolitionist Wendell Phillips, “The heritage of the past is the seed that brings forth the harvest of the future”-- it’s a quote I regularly go back to in my work …I find it so inspiring.”

“Let’s stay connected digitally,” requests Worthington listing the website, YouTube and Facebook, Instagram and Twitter platforms available to visit online. “We are very active on social media—we stream our weekly service on Tuesday … and Wesley Wednesdays—there’s a lot you can get involved with.”