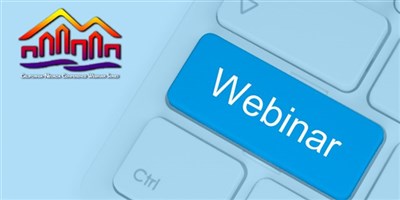 “Can racism really be challenged in a way that will bring some sort of solidarity for all of us?” states Rev. Dr. Douglass Fitch, retired clergy of the California-Nevada United Methodist Conference and past associate general secretary of the Methodist Board of Higher Education and Ministry. Fitch refers to the difficult discussions with black Methodists in the late 1960s. “Or, must we constantly have to fight to make our existence, our voices, heard and our existence known as being contributors to the development and growth of this United Methodist Church?”

Fitch is one of two guest speakers at the Wednesday Webinar on February 10, 2021 hosted by the Conference Commission on Religion and Race entitled, “Our Wesleyan Roots and Discussions on Race.”  The webinar is the second in a series for United Methodists of the Western Jurisdiction focusing on “Where Love Lives--Committed to our Wesleyan roots: The Inseparability of Personal Piety and Social Holiness.”

Moderator Rev. Dr. Dale Weatherspoon, a member of the commission and pastor of Easter Hill UMC in Richmond, California, introduced Fitch and Rev. Phil Lawson, pastor emeritus of Easter Hill UMC stating, “Both of these clergymen were on the forefront at the 1968 General Conference when the United Methodist Church came into being.”

“We’ve been hearing people saying, “This is not who we are.” And I want to share some history,” states Dr. Weatherspoon listing racist and “hate related” events from 1920 to current day in our society as well as the various separations within our denomination over the years. “…and I will say, “This is who we are.”

“We think we have killed off racism when in fact, it rears its head in some unexpected ways,” states Fitch. “That’s where we are in this church now in 2021. Racism is still rearing its head. We thought it was dead. But it wasn’t dead in 1939. It wasn’t dead in 1968. And it’s still hammering and pushing itself into the places where we least want to see it because we thought we had killed it.”

“But not everybody thought it was dead because there are churches that still believe they have a right, they have a God given right, to be racist and be segregationist,” explains Fitch describing the role and the need for the Black Methodists for Church Renewal (BMCR) caucus in tackling racism after the 1968 church merger. The merger eliminated the Central Jurisdiction, a segregated black jurisdiction for only black churches across the United States, and, simultaneously, eliminated leadership roles for black clergy and laity—dismantling support systems for black Methodists.

“We were like flies in buttermilk,” states Lawson in describing how black Methodists felt at the time. ”We had no bishops, no leadership—we began talking together at staff meetings and conferences about our experiences in the integrated Methodist church and we discovered that we were in fact without any power—we were just there as members … and out of those conversations came the understanding that we had to organize ourselves into a body so we could have some power and affect change within the Methodist church.”

“Another issue was that all of our churches and especially black churches-- the newer ones, had not bought into the term “black,” “black power” and black understanding and so it was difficult to get to even get some churches to say yes to the fact that this thing is real,” states Fitch who took leaders of his congregation to one such meeting in Cincinnati, Ohio on February 6, 1968, a meeting convened of Black Methodists from around the nation. “And they got converted. They began to understand what was going on.”

“We think that racism is just prejudice, there’s a difference between racism and prejudice.” states Lawson. “Racism is a faith, and you can’t eradicate a faith system without a conversion experience.”

For more information on this webinar go to cnumc.org. Book list at https://calnev-email.brtapp.com/files/pdf_documents/webinars/book+list+for+webinar+2-10-21.pdf

To view the history timeline of the United Methodist church at:
http://www.gcah.org/history/united-methodist-church-timeline