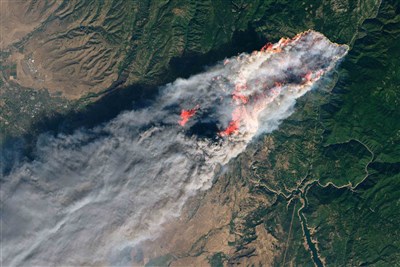 United Methodist News Service (UMNS) writers Jim Patterson and Sam Hodges filed a story on Monday (Veterans’ Day) about the California wildfires. In addition to the Camp Fire in Butte County that to date has claimed 48 lives and consumed 135,000 acres and nearly 8,000 homes, there have been two deaths in Southern California due to the Woolsey Fire; it and the Hill Fire have swallowed more than 102,000 acres and 432 homes.

The story makes mention of the fact that So Cal was already reeling from the Nov. 7 mass shooting at Borderline Bar and Grill in Thousand Oaks. One of the victims had ties to the United Methodist Church in Westlake Village.