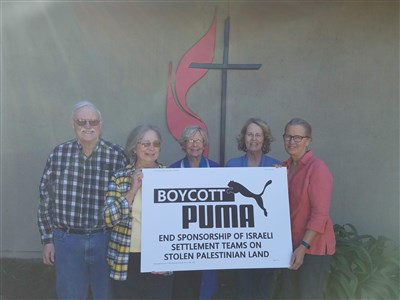 The Israel/Palestine Task Force of the California-Nevada Annual Conference of The United Methodist Church endorsed the Boycott of Puma, at its Nov. 7, 2018 meeting.

“Our Christian brothers and sisters in Palestine have asked us to support their cry for justice by engaging in boycotts as a non-violent means of protest.”