Review: Call to speak out against Anti-Asian Hate echoes throughout the Western Jurisdiction 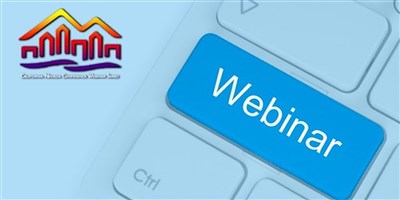 The March 24, 2021 4:00 p.m. zoom webinar was the last of a series of Wednesday Webinars for the California Nevada UMC. This event was opened up to the Western Jurisdiction and included 123 participants from Seattle, Washington to Scottsdale, Arizona and from as far north as Willow, Alaska. The event addressed the history and current events of hate and violence against Asian and Asian American Communities in a call to action and support.

“In the California Nevada Conference, I want to inform you that we are working hard on finding ways to help our conference dismantle its own institutional racism,” stated Bishop Minerva G. Carcaño after praying for the group and thanking UMC leaders, commissions and agencies for their work in promoting anti-racism. “We have invited Erin Hawkins Smith [an anti-racism consultant to the Council of Bishops] to join us a consultant in our efforts [and] also, to help us connect what we do in our conference with the world wide efforts…”

Rev. Dr. Reginald Nichols, Director of Leadership Development, quoted statements of solidarity by Bishop Bob Hoshibata of the Desert Southwest Conference and Bishop Elaine J.W. Stanovsky of the Greater Northwest Episcopal Area. Bishop Carcaño also referred to her recent statement with its call to action that included the need to make public statements against anti-Asian hate and violence and not keep quiet.

“It really is the silence from the Asian American community that is literally killing us,” stated John Oda, director of Asian American Language Ministry Plan (AALP), one of six ethnic Plans of the United Methodist Church. AALP works to revitalize Asian churches throughout the United States and wrote a statement against Anti-Asian Violence in March. “When racism happens to us, many of us just stuff it and we pretend it doesn’t affect us.”

Rev. Michael Yoshi, retired pastor of the CNUMC, encouraged churches to publish the AALP statement and to attend monthly webinars presented by Oda.

“We can’t do it alone. We need allies,” stated Oda. “We need to join hands with our African American and LatinX brothers and sisters in this important work.”

“Church leaders that are silent on situations of injustice may indeed be perpetuating harm especially against Asian American young people during this time,” stated Henry Pablo III, Riverside UMC (Sacramento) English Ministry Coordinator, Conference Committee on Young People’s Ministries Peace with Justice Team. “The dissonance and tension occurs when young people go to church on Sunday or attend their youth group and the church leaders either don’t speak up about the injustices they see and experience they don’t create safe and brave spaces for them to talk about how these injustices are affecting them and don’t check in with them during these times of crises … I wonder if this is one of the reasons why young people are leaving the church.”

“I grew up in a very white suburb of Minneapolis where I experienced … xenophobic slurs and racial slurs to go back to a country where I was born—but I was born in the United States,” stated guest panelist Gala King of Buena Vista UMC in Alameda, California. King also works with the Interfaith Movement for Human Integrity of Oakland, California. “As Filipinos, we’ve been a part of this occupied United States tapestry for centuries—our migration stories are woven here [since 1587]… our histories and our experiences are so much a part of this country, but they’re not spoken about--our existence sometimes feels like it’s being erased.”

“Xenophobia is real and serious,” stated Rev. Mei Na Ko, Senior Pastor at Chinese Community UMC in Oakland, California and first generation immigrant from Taiwan. Ko shared a story about a church member’s granddaughter’s recent experience. “The new wave of anti-Asia and Asian violence spread so quickly and thoroughly, that even elementary students were unable to escape the impact.”

However, in this case, the child spoke up.

“We can learn much from this little girl. She was clear, respectful and open,” stated Ko in describing the letter she wrote to her best friend who offended her. The child’s grandmother used the incident to create curriculum, including a skit and a short film, to use as part of the church’s after school program.

“We at Chinese Community UMC feel heartbroken, angry and anxious about the anti-Asian discrimination and attacks that have been happening,” stated Ko. “But as a church, as Christ’s body we also deeply feel an unavoidable call toward bringing reconciliation in midst of the broken relationship of our world. We seek to scatter the seeds of reconciliation, hope and faith in the children’s heart.”

“We made space to hear one another, to listen and to speak,” stated panelist Rev. Myrna Bernadel-Huey; Pastor of Buena Vista UMC in Alameda, referring to recent action her church took after recent news of racial violence. Last Sunday, Bernadel-Huey had a zoom break out group conversations around the question: When was the first time you felt different? “I’m finding that making space—listening—is really important in this moment. Especially as we’ve heard about a community that is not used to raising its’ voice.”