Rev. John Oda Op-ed: Why Should Asian Americans Speak Out About Racism 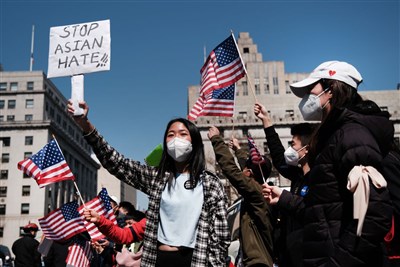 On May 25, 2020 George Floyd, a 46-year-old black man, was killed by a white police officer in the city of Minneapolis. Mr. Floyd was initially stopped by the police because a store clerk alleged that he had passed a counterfeit $20 bill. By now all of us have heard about the video of George Floyd and many of us have viewed it. If you have not, you should. Here is what you will see. A white police officer named Derrick Chauvin kneels on Floyd's neck with all of his weight for a total of 8 minutes and 46 seconds. It is a horrifying scene. Mr. Floyd helplessly calls out for his mother as he slowly suffocates. The crowd screams out, “He can’t breathe! He can’t breathe!” All the while, directly in front of this small group of people is an Asian police officer, apparently there for crowd control. He stands there while the breath of life is extinguished from Mr. Floyd. And he does nothing to help. “It wasn’t my job,” he would later explain.

When I first saw that video, I was outraged on two levels. First, I was angry that George Floyd was killed for no significant reason other than he was a black man in police custody in this country. But secondly, I was also disturbed by the Asian American police officer who did nothing. I was so upset, in fact, that that night I couldn’t sleep. I tossed and turned, restless and unnerved. My mind kept flashing back to that Asian cop. I initially could not figure out why this hit such a raw nerve in me.

There is a need for all Asian Americans to speak out against racism because our very lives depend upon it. Our silence is literally killing us. Anti-Asian American animosity has been on the rise. This anti-Asian American hate has been exacerbated by xenophobic policies and racist rhetoric disseminated by our previous president. When President Trump used terms like Wuhan Virus, Kung Flu, China Virus, and China Plague, he fueled the fears of and hatred against people who look like me. Asian Americans have become the scapegoats and the cause for the COVID-19 lockdown, the rising unemployment, the very discomfort that people felt and are feeling during this pandemic.

The U.S. government does not track hate crimes against Asian Americans, so back in March of 2020, at the start of the pandemic, the “Stop AAPI Hate” website was launched to gather reports of hate crimes against Asian Americans. According to Stop AAPI Hate, 3,800 incidents of racism and discrimination targeting Asian Americans have been reported since March 2020. And according to the organization’s data, people 60 and older have been disproportionately targeted with physical violence, as were women.

In 2020, we saw a precipitous rise in attacks against Asian Americans. In San Francisco hate crimes have increase by 50%. In Philadelphia hate crimes have gone up 200%, and in New York City hate crimes have risen by 833%. On January 26, 2021 President Biden signed a memorandum pledging to combat anti-Asian and Pacific Islander discrimination and the Presidential memorandum states, “During the coronavirus disease 2019 (COVID-19) pandemic, inflammatory and xenophobic rhetoric has put Asian American and Pacific Islander (AAPI) persons, families, communities, and businesses at risk.” While I wholeheartedly affirmed this memorandum, it has not slowed the incidents of hate.

On January 5, 2021, a 52-year-old Asian American woman was shot in the head with a flare gun in Oakland’s Chinatown. On February 3, 2021, a 64-year-old grandmother in San Jose, California was assaulted and robbed of cash that she had just withdrawn for Lunar New Year gifts. On that same day in Manhattan, Noel Quintana, 61, was riding the subway when his assaulter slashed his face. On February 4, 2021, a 91-year-old man in Oakland, California was inexplicably shoved to the ground by a man who was walking behind him. On February 26, 2021, a 36-year-old Asian-American man was stabbed while walking outside the federal courthouse in Chinatown, New York City. On March 14, 2021, a Burmese man and his two children were slashed by a knife-wielding attacker while shopping in Midland, Texas. The accused man said he did it because he thought they were “Chinese and infecting people with the coronavirus”. And on January 26th, 84-year-old Thai man named Vicha Ratanapakdee was going for a morning walk in his San Francisco neighborhood, when a man running at him full speed smashed into his frail body, throwing him to the pavement. Mr. Ratanapakdee died of his injuries two days later.

And because we, as Asian Americans, do not like to raise up our voices against racism, most the acts of violence or microaggressions (subtle acts of racism), have gone unreported. I did a quick and admittedly non-scientific survey of five of my Asian American friends. I asked them if, over the past year, anything had happened to them that they might be considered an act of racism. Three out of the five of them said that they had experienced some sort of racism which they would attribute to the fears around COVID-19. One friend was yelled at in a convenience store. She was told to go back to “where you came from” and “you people brought this virus here.”

I have also experienced racism but in subtle ways. For example, one day I was walking in my neighborhood near a grocery store. This was back in May 2020, so social distancing regulations were in full force. In front of this grocery store was the all too familiar line of people waiting their turn to enter. I was walking in a group of three fully masked people. I was the last in our small group and the only Asian American. While passing by this line, we all politely lined ourselves up in single file walking about 15-20 feet apart. The first person started walking by the grocery store line without any commotion. The second person went by and nothing happened. When I approached, an older Caucasian woman spotted me and with what can only be described as a mixture of utter hate and disgust, moved as far away from me as she could. She looked at the previous two people in my group but had no reaction to them. It was obvious that my Asian face scared her. She angrily glared at me as I passed by. Would I report this to the Stop AAPI Hate website? No. Would this incident make any headlines in the nightly news? Of course it would not. However, this experience did change me. When you’ve done nothing wrong and someone stares right into your face with such hate and disgust, it makes you wonder. What did I do? Will it happen again? Will it be worse next time? This is the world which we, as Asian Americans, live in today. It is our turn to be the scapegoats.

This violence and hatred are not new. During WWII, all of my grandparents, my aunts and uncles and my own mother and father were illegally incarcerated in American concentration camps. Their crime? They were of Japanese ancestry. About 30% of those illegally forced into those camps were American citizens.

Years later a study was done which asked the simple question – how could this have happened? The study came back and pointed to three reasons why such an atrocious event could have taken place while pretty much the entire United States stood by and did nothing. First, at that time there was a pervasive hatred and prejudice against Japanese Americans. Second, there was a heightened sense of fear of Japanese Americans. They called it “wartime hysteria”. The American public feared that Japanese Americans would hurt them. Lastly there was lack of political leadership from within the Japanese American community and certainly from the U.S. government.

I would argue that these same elements are partially at work in the United States right now. There is pervasive hatred of Asian Americans from a small portion of our society. There is a heightened sense of fear, almost a hysteria, of Asian Americans because of the various uncertainties surrounding the COVID-19 pandemic. And lastly there is a lack of political leadership.
I would further contend that this lack of political leadership is due to the fact that the majority of Asian Americans want to remain silent about racism. We have not organized on a national level very well, although this will hopefully change soon. We have not raised our voices to our elected officials or in public venues en masse. When racist incidents happen to us, we stuff it, ignore it and try to pretend the animosity against Asian Americans doesn’t really affect us that much.

Because of this, the Asian American Language Ministry Plan, which I direct, felt we must do something to combat this pervasive hatred against Asian Americans, in June of 2020 the AALM Committee created an Anti-Racism Task Force. The Task Force’s first assignment was to create an “AALM Statement Against Racism”, which we did.

As I finish writing this piece, I am also preparing to go to the same grocery store where that woman glared at me with utter hate and disgust. It will be my first time back at that grocery store since that incident. An uneasiness sits in my stomach because I know that at any moment any random person can come by and glare at me, or spit on me, or yell at me or even hit me simply because I am of Asian ancestry. It is the climate in which we Asian Americans live in today and it will only stop if we Asian Americans loudly raise up our voices against racism and work together with other communities of color and allies to dismantle the systems of oppression and hate in the United States.

Rev. John Oda. Rev. Oda serves as the Program Manager of the Asian American Language Ministry Plan at the General Board of Global Ministries.