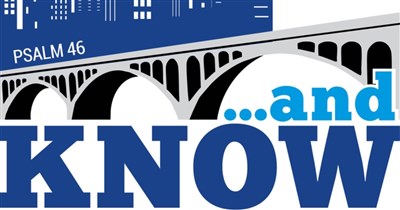 General Conference is the only body that can set denominational budget and apportionment guidelines for The United Methodist Church.

That legal requirement, found in Paragraph 806 of the Book of Discipline, applies even when extraordinary circumstances — like a pandemic — delay a planned meeting of the top legislative body, the United Methodist Judicial Council has ruled.

In Decision 1409, released on March 25, the council said the 2017-2020 budget adopted in 2016 remains in effect and that a new base percentage proposed by the General Council on Finance and Administration “cannot be used for calculating 2021 apportionments without prior authorization.”

“Absent General Conference action, the 2017-2020 budget, including approved apportionment formulas, continues to be legally binding and operative until replaced by a new quadrennial budget,” the decision stated.

A year ago, the pandemic-forced postponement of General Conference left the finance agency’s board grappling with the need to set 2021 apportionments, the requested shares of giving from conferences, before an apportionment formula had been established for the 2021-2024 general church budget.

At that time, the majority of board members decided they had no choice but to extend into 2021 the apportionment calculations approved by the 2016 General Conference. The board also decided at its March 27, 2020, meeting to consult with the Judicial Council.

Received on July 14, 2020, the GCFA petition asked the Judicial Council for a declaratory decision on four questions related to the legality of certain actions. The petition was added to the court’s postponed April 2020 meeting docket.

Judicial Council currently is deliberating on the 19-item docket during its first virtual session since the coronavirus pandemic began.

The Rev. Kabamba Kiboko, Judicial Council secretary, said Decision 1409 was being released before the docket’s completion because of the annual conferences’ approaching deadlines for submission of legislation, including proposed budgets and the apportionment formulas referenced in the decision.

The church’s constitution gives General Conference full legislative power to “determine and provide for raising and distributing funds necessary to carry on the work of the Church,” Decision 1409 pointed out.

“Pursuant to this authority, the General Conference enacted comprehensive legislation circumscribing the rights and duties of the GCFA but also establishing a process for setting quadrennial budgets and apportionment formulas,” the decision continued.

Language in the disciplinary provisions “makes abundantly clear” that all recommendations submitted by GCFA must be approved by the General Conference and the finance agency “cannot act contrary to approved budgets, apportionment formulas, and directives without prior authorization,” the decision said.

In its ruling, the Judicial Council acknowledged the pandemic’s economic impact on church funds and the understandable reasons why GCFA would propose a different base percentage for calculating 2021 apportionments. Still, the finance agency “cannot proceed in the manner proposed without authorization by the General Conference.”

While GCFA is using the same apportionment calculations approved by the 2016 General Conference, most apportionment-supported ministries have downsized their budgets over concerns about the financial effects of both the pandemic and now-delayed decisions related to the future of the denomination.