Women in Ministry: Rev. Motoe Yamada Foor is part of a lineage of loving God, serving others, transforming lives 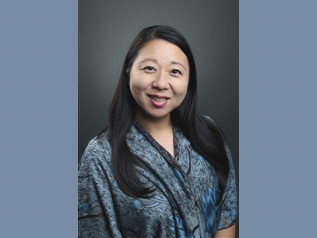 Editor's Note: March is Women's History month and an excellent opportunity to lift up a number of California-Nevada's women serving in leadership roles. Rev. Motoe Yamada Foor is featured in this segment of women in ministry by video journalist JB Brayfindley. Click here to see the previous segment featuring Pastor Marie Wilson, and here to see the segment featuring Rev. Sadie Stone.


Rev. Motoe Yamada Foor, pastor of Sacramento Japanese UMC Garden Church (SJUMC), is one of sixteen women cited in a timeline published this month on the General Commission on Religion and Race website entitled, “Celebrating Women of Color in our Methodist Lineage.”  Women leaders from the 1700s to the present day including famed abolitionist Sojourner Truth; activists Dorothy Height and Lula Jane Locklear Smith; Bishop Leontine T.C. Kelly; and the first Tongan to be ordained as a UMC elder Rev. Linita Uluave Moa as well as our resident Bishop Minerva G. Carcaño, the first Latina episcopal leader in the UMC are listed.

The timeline is part of the commission’s R-Squared project equipping the church with relevant and practical resources in “building up a just and equitable kin-dom of God.” The names were collected from UM Women (UMW), UMNews and the General Commission of the Status and Role of Women (GCSRW) to help churches celebrate Women’s History month.

“I feel so humbled that I am there,” states Yamada Foor recalling other women leaders who she feels need to be cited before herself. “…but I’m challenged, in a way, [by being on the list]. God is calling me, challenging me…and I am discerning what ministries I need to focus on so I can really make a bigger difference like the women on the list.”

Growing up in Japan, Yamada Foor is from a Jodo Shinshu household with a father who was a Zen Buddhist monk. Alone and speaking hardly any English, Yamada Foor flew to the U.S. to attend college in Toledo, Ohio. After many discussions and a heartwarming experience of Christ’s love for her, she was baptized by the campus minister. In hopes of making the world a better place, she chose to be a United Methodist because of John Wesley’s dual emphasis on having both a personal relationship with Jesus and serving others.

“When I see something that needs to happen, many thanks to the United Methodist structure to train me in different ways that I try to seek,” explains Yamada Foor sharing ways she initiated action such as the formation of info sharing groups in seminary to the founding, chairing and currently advising the National Asian American Pacific Islander Clergywomen (AAPIC). “… I try to seek what we can do to bring people together, share the information, speak up for truth and make a better place for future generations.”

“Discipleship is what I am so passionate about,” reflects Yamada Foor and pastoring at SJUMC. “I believe that until the day we die we grow spiritually, and I want to make sure we provide opportunities and provide education, faith formation—all these things…do whatever we can…”

It is one of the oldest Japanese American congregations in Northern California, yet its current membership includes people of all ages and of diverse ethnic backgrounds reaching out to the community around it and beyond.

According to Yamada Foor, the church vision statement, “Loving God, Serving Others, Transforming Lives” follows their legacy of transcending discrimination against immigrants, bigotry, and poverty.

In the 1980's, during the resettlement of thousands of refugees from the former Soviet Union to the Sacramento area, church members tutored Romanian immigrants.

Among other ministries over the years, the church has sponsored an Asian basketball league, head start program, and Asian community center.

Today the church packs “Bags of Grace” for those in need in the Sacramento area and partners with the Opening Door non-profit in assisting refugee resettlement; and, South Sacramento Interfaith Partnership (SSIP) food closet. The church supports activities for a local charter school, care homes, senior Meals on Wheels.

With a gymnasium on site, the church provides a special sports ministry for all ages. It also has a tutoring program for English as a second language students and a Japanese speaking playgroup. SJUMC is involved in mission projects across the world with members traveling most recently to India and Japan.

Besides the local church, Yamada Foor continues to strive to be involved in other ways to make a change.

Rev. Yamada Foor represents the Western Jurisdiction to the General Board of Discipleship Ministries on the Board of Directors (2012-2024); serves on the California Nevada Annual Conference’s Committee on New and Vital Congregations; convener of the Mission Focus Area (MFA) Leadership Development; part of California Nevada Annual Conference Delegation to General Conference (2012, 2016, 2019 & 2020) and in charge of Japanese speaking ministries in the conference. She also was an official monitor at the 2004 and 2008 General Conferences from the General Commission on Religion and Race (GCOOR).

“When I see the need and there’s God’s plan, I see things going to happen—that’s what I’ve been doing from the local church level or seminary or international level or even national level. I hope I will continue to do that and now, being on this list, I’m really thinking about what I really need to do now,” adds Yamada Foor.

Rev. Motoe Yamada Foor holds a BA in International Relations with a Psychology minor from the University of Toledo, Ohio; a master’s in educational administration/Student Affairs Administration/Multicultural Education from Michigan State University; and a Master of Divinity from the Pacific School of Religion/Graduate Theological Union. She is also certified as a life coach.
During the pandemic, Yamada Foor spearheaded a pre-recorded weekly online Children’s Worship with her circuit which grew to a conference wide program collaborating with over 50 churches and more than 10,000 views.

She is one of the contributors of “Nevertheless She Leads: Postcolonial Women’s Leadership for the Church.” (February 10, 2020 Edited by  Hirho Y Park  & M Kathryn Armistead )