January 26th Save the Date: Lay Leader Micheal Pope featured in "Raise Up You Voice Against Racism" webinar 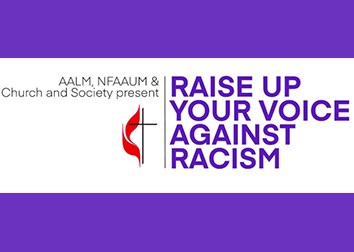 The Asian American Language Ministry Plan, the General Board of Church and Society (GBCS) and the New Federation of Asian American United Methodists (NFAAUM), have launched a series of six webinars entitled “Raise Your Voice Against Racism”.

Micheal Pope will participate alongside the Rev. Quentisha Davis Wiles, Pastor at Pittsburg UMC in the Bay District, and Erin Hawkins, the Executive Director of Connectional Ministries in the California-Pacific Conference and former General Secretary with the General Commission on Religion and Race.

Click to register for the the webinar on Tuesday January 26th at 5pm PST.