In-Person Worship Protocols Being Tested Across the Conference 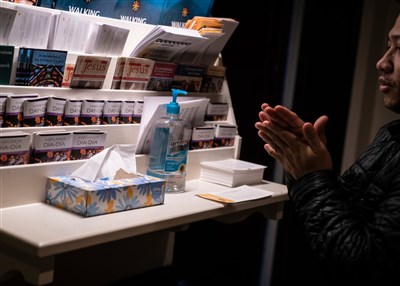 “The major message we tried to send is whether you are coming back to the building or not is not a spiritual test,” said Rev. Dr. Lois Black, pastor of First United Methodist Church in Yuba City. “Our ability to be together is a gift ...We care more about you than the numbers that show up in service and if for any reason you feel that it is not safe, we want you to continue to be with us in live feed … If you don’t do ‘coming back,’ it doesn’t make you a bad person.”

Black’s church was one of four UM churches to open their building to in-person worship last Sunday, June 14 under the direction of Bishop Minerva G. Carcaño in coordination with the conference, district and local COVID-19 response teams. During the June 17th CNUMC Wednesday Webinar, Black and three other speakers presented feedback from their in-person worship experiences as more than 300 online participants listened.

“We felt we needed to survey the congregation,” said Andrew Irwin, Lay Leader at First UMC in Bakersfield whose Sunday’s in-person service had 56 people, 20 of whom were trained team members including greeters, ushers, safety team, worship leaders, pastor and tech team. “[The survey] worked really well. We had 40% of the people [say they were] ready to return—the rest were cautious.”

“We created a FAQ ahead of time,” said Black whose church also took pictures of the new arrangement of the sanctuary and sent them out to members. The church communicated in every way possible to alert members to the new protocols and Ministry Plan being put in place. “We called people individually, sent internal and external emails, Facebook, YouTube… everything.”

Each church trained teams ahead of time, rehearsed plans and had lots of signage in place. No offering plates were passed but an open container was strategically placed allowing individuals to drop in money and online giving was encouraged. Panelists concurred that congregants followed the protocols set in place with little to no negative feedback.

“Everyone wore their masks,” added Rev. Jason Thornton, pastor of St. Paul’s UMC in Manteca. Each church had made sure they had plenty of masks on hand to give out to those who needed them.

“The biggest hang-up we had was [people] allowing ushers to seat [them],” said Thornton. St. Paul’s attendance usually averages around 110 but with the COVID-19 restrictions, Thornton was relieved to only have 30 people in attendance on this Sunday. Of those 30, ten were ushers, four were involved in leading worship leaving 16 as congregants. Although each church had made sure there was a seating plan in place, Thornton wasn’t surprised at the small hiccup saying, “people like to sit where they sit.”

Thornton noted that the most challenging part of setting up in-person church was the technology involved. St. Paul’s needed to figure out how to smoothly integrate live streaming with pre-recorded videos of the singing that had been prepared ahead of time.
Although no congregation sang aloud, each pastor encouraged members to hum along as music was played.

Pastor of Trinity UMC in Anderson, Paulin Bowen, noted that cleaning was a challenge for her congregation. And, because many members have no access to the internet, Bowen conducted two services: one, over an FM radio frequency for the 15 people in cars parked outside and, a second, for the 30 people inside the church including a trained team of 10 people.

Because churches across the California-Nevada annual conference are located in different states, counties and areas with different restrictions, Bishop Carcaño was quick to emphasize that in-person worship timelines for re-opening will be different for each church. The bishop noted that re-opening is not compulsory and must be done on a church by church basis in coordination with district superintendents.

The bishop announced that four more churches, with smaller congregations, will be conducting experimental in-person services this coming Sunday—the final round of test services before the conference finalizes the draft of protocols. A second webinar will be conducted the following Wednesday to review the feedback from the churches.

Bishop Carcaño thanked the local churches for their hard work in preparing for and conducting the in-person worship services. One webinar comment summed up the gratitude best: “Thanks to all of you for blazing the trail!”

The draft of protocols, recordings of this and other webinars can be found on the conference website at cnumc.org. Feedback is welcomed to assist the compilation of the final draft of protocols. Contact Rev. Jorge Dominguez, executive director of Connectional Ministries at (916) 374-1517 or jorged@calnevumc.org.