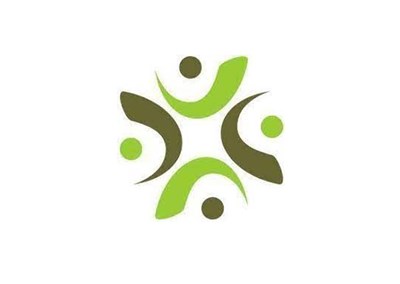 EDITOR’S NOTE: This is the second in a series of articles on how UM churches in our conference are implementing Circles and NETworX initiatives and continuing to thwart poverty—especially during this pandemic.  New Feature: behind the scenes with JB: click here to view highlights from JB Brayfindley's interview with Rev. Robin Mathews-Johnson, Senior Pastor at Watsonville UMC and NETworX coordinators Angelica Martinez and Gustavo Rua.

“Have you ever felt that you weren’t good enough for God?” asked Rev. Robin Mathews-Johnson, pastor of First UMC of Watsonville, California. Watsonville UMC is one of five churches in the California-Nevada UMC conference currently implementing the NETworX initiative in their community. “These are the kinds of issues we address in Watsonville NETworX. In my experience, persons in poverty are ashamed of their status. They judge themselves by external measures, such as wealth or status. But we look at things differently here.”

The church first started to look for a way to expand its’ ministry into the community after Mathews-Johnson brought concerns about the needs of the people she was counseling and assisting.

“What I realized is that I wanted a more systematic way to work with families,” stated Mathews-Johnson. “Not just sort of randomly when they would come to talk with me but to actually figure out a more concrete  way to help people and support them in the process of getting out of poverty.” That’s when she heard about the Capital City C.I.R.C.L.E.S. and an orientation session at Carson City UMC and decided to attend along with her parish nurse.

“Then we talked with other agencies: The Community Action Board, Salud Para La Gente medical clinic …it took a couple of years,” said Mathews-Johnson reflecting on the initial timeline to get the program up and running. “The leadership of the church had to get onboard, and we had to figure out how to organize it.”

Right from the beginning Watsonville’s initiative was different. First, they had to adapt the program to their community by hiring an interpreter.

“Everything had to be in Spanish. The curriculum nationwide was only in English—so, they weren’t reaching Hispanic people,” stated Mathews-Johnson. “We were like: We can’t do that. It has to be in Spanish. So, we got an interpreter that helped us interpret it and then got a grant. We did that because of the need of the people around the church and if we are going to serve people … we have to serve them where they are at.”

Also, because many participants are seasonal farm workers, the program had to be limited to only two sessions (a 12 to 16 week training program each) per year, in the Fall/Winter and Spring but not during the summer. Only special events such as a National Night Out or events for children were held during the summer.

And then, this year due to COVID-19 restrictions, in-person classes and group gatherings stopped. Group meals stopped. Youth group and children meetings stopped. All classes were designed to go online. Graduations were held via Zoom.

“We couldn’t be in the building—so how would we get through the curriculum?” asked Mathews-Johnson. “We couldn’t recruit the same way because we used go to Rotary and Adult Education for the county and talk to the classes—but they wouldn’t let us in.”

The program did not stop. It grew.

“I noticed that participants are more engaged in the curriculum [when we meet twice a week],” said Rua, a graduate of CSU Monterey Bay, who was hired in 2019 after a three month long internship. “They are able to retain the information that they saw from Monday to Friday so that they are able to connect the dots.”

“It’s also going faster,” added Rua. He found that classes held online in their own homes, enable participants to attend more consistently without concerns for getting a babysitter or finding rides.“[Sessions] used to be 2 to 3 months and now it is less than two months. We are able to have more sessions per year.”

“By going twice a week and doing it virtually they’ve doubled what we could do,” stated Mathews-Johnson. And doubling sessions increases the number of people able to attend and go through the program. Each session can include up to nine participants, called “Champions” with an additional nine “allies,” or trained volunteers, to support them. “With the online, we’re now having four sessions a year!”

“I feel like I’ve been learning so much through this process,” stated Martinez, a mother of five and a graduate of the Watsonville NETworX program in 2017. After volunteering, she recently became one of the part-time paid program directors while she attends college. On the job, Martinez has been busy hosting events, researching ways to help families (during a pandemic getting food and other supplies) and networking with area businesses and groups including C.O.P.A. (Communities Organized for Relational Power in Action). “I’ve gotten my confidence back … I have people believing in me.”

“They have had to be really brave,” stated Mathews-Johnson referring to times her NETworX people have had to speak before community groups (including the city council, the police chief and mayor) to share their stories, concerns and ideas. “NETworX helps you get your voice. I feel like it is leadership training [where they learn that] I can meet a stranger and talk to them and they can talk to me … and we can work together to change the community for the better.”

Rua boasted that the Watsonville NETworX is currently working at the national level to translate literature and curriculum into Spanish including the motto: