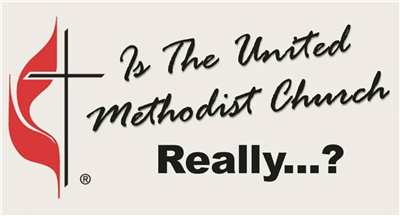 The staff at United Methodist Communications (UMCOM) have been fielding questions from across the connection around disaffiliation. In this work they have found that there are widely held misconceptions and a lot of misinformation fueling those misconceptsions.

In an effort to make plain the questions and information around this time in the church, UMCOM created a series of articles that

At Ask The UMC, we have been answering an increasing number of questions from congregations wondering about the future of The United Methodist Church and whether they should consider disaffiliating from it. Some of these questions reflect widespread misperceptions or misinformation that some congregations are receiving as they discern their next steps.

This is the fourth of a series of articles offering accurate responses to such misperceptions and misinformation. As the previous three, this article is based on a variety of questions we have received multiple times through email, phone calls, and live chat. The third article addresses the use of  Paragraph 2548.2, changes in abortion statements, and payment of apportionments. The second article focuses on matters relating to human sexuality. The first article in this series focuses on matters relating to theology and pensions.

Is The UMC really…?

14. Allowing congregations that disaffiliate to retain their current appointed pastor or deacon?

The answer depends on whether the current clergy disaffiliate as well.

If the current clergy remain United Methodist, they will no longer be appointed to the disaffiliated congregation and can no longer function as clergy for them. The United Methodist bishop will seek to appoint these clergy elsewhere as soon as possible. The congregation will need to seek new clergy leadership.