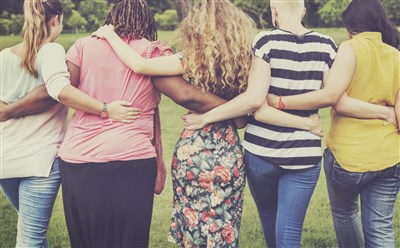 On June 24, 2022 the Supreme Court of the United States overruled Roe v. Wade which established a constitutional right based on the 14th amendment to legalize abortion in 1973.

Over the years more and more people like my mother have accepted Roe v. Wade until now it is 61% (or more in some surveys) of the US population. Plus, the number of abortions has significantly decreased, not increased with legalized abortion, and certainly fewer women have died as a result of abortion.

Over the years I, like many clergy, have counseled  women and couples who are contemplating abortion due to their various circumstances, including the medical news that their unborn child may not be viable at birth or has severe health conditions that will be an infliction of pain and suffering. Others have experienced rape and incest or bearing the child would jeopardize the life of the mother. For these women and couples, abortion will be not legal for them in many states.

After the overturning of Roe v. Wade, I heard an article on NPR where an anti-abortion proponent was celebrating the “victory,” and his main message was that now people (and he implied mostly women) will need to take more personal responsibility for their behavior.

Emphasizing personal responsibility in regards to any social problem overlooks the major social responsibility that is needed: paid maternity leave for all, not just privileged women (many European nations have at least one year); maternal and early childhood health care, including the cost of the birth; and free childcare, to name a few.

With the overturning of Roe v. Wade, women’s rights and reproductive rights are in jeopardy.  And there’s nothing to say that if there is an overturning of Congress at the mid-term, a federal law could make abortion illegal in all states.

The “original intent” philosophy that was used to overturn Roe v. Wade—meaning the Constitution didn’t consider abortion as a right in 1868–could also be used in the future by the Supreme Court for some other rights that we have come to accept and even rely upon, such as same-sex and inter-racial marriage.

Furthermore, the credibility of the Supreme Court is seriously jeopardized because several justices indicated in their confirmation hearings that they would not overturn precedent law, specifically Roe v. Wade.  Their assurance influenced key votes in their confirmation.

The confidence in the Supreme Court has fallen to a very low 25% level in the US. It’s not lost on many citizens that this is the first time that major civil rights have been denied by the Supreme Court and that it targets the most vulnerable among us, particularly women, people of color and the poor.
No matter how you feel about the overturning of Roe v. Wade, an additional cascade of reactions and outcomes are possible that will bring some turbulent times to our country, families, churches, and communities.

There are many statements from various United Methodist agencies and I encourage you to read them.

I also encourage you to listen to the stories of your or your friends’ mothers and grandmothers who had to seek illegal abortions before 1973.  Think about your daughters and granddaughters who may find themselves in difficult circumstances in the days and years ahead.  Contemplate the reality of being generous toward others, especially those most vulnerable as a result of this landmark decision.

Since there is no “original intent” in the scriptures about abortion, I have not proof texted one, but I do believe that the underlying message of the scriptures is that we are to care for the most vulnerable in our midst and to find ways to live in a world of competing values and with neighbors who have different needs from our own.

I go back to my mother’s words so many years ago.  Even though she believed abortion was wrong, she didn’t deny that other women and families had different situations that required there to be safe, legal and rare abortions in our nation.  Her faith was deep enough to love her neighbor.

Now it’s time for some of us to get to work for justice.

Bishop Sally Dyck is currently serving the California-Nevada conference as Interim Bishop and as the Ecumenical Officer for the Council of Bishops. She is a retired bishop of The United Methodist Church, having served from 2004-2020.