Grappling with how racism coexists with faith 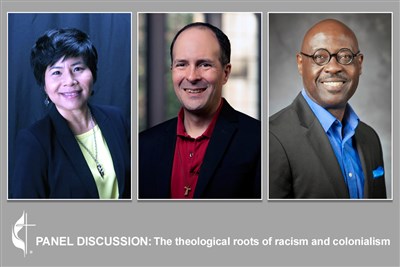 “We know better,” said the Rev. Mai-Anh Le Tran of United Methodist Garrett-Evangelical Theological Seminary in Evanston, Illinois. “Why don’t we act or live differently? It strikes me as that we are still befuddled by our human fallibility.”

For an hour, she and two other theologians wrestled with why racism remains prevalent in the U.S., where Christianity is the dominant faith. They spoke as part of The United Methodist Church’s fourth online panel held to discuss eradicating racial injustice.

The Sept. 16 panel discussion came a day after Barna released new research showing an increasing percentage of practicing Christians who say they are “unmotivated” or “not at all motivated” to address racial injustice.

Barna found that percentage grew from 17% in 2019 to 30% this year, even after the deaths of George Floyd, Ahmaud Arbery and Breonna Taylor and the shooting of Jacob Blake drew international attention, and news spread that COVID-19 is disproportionately killing ethnic minorities, including children.