DACA decision brings joy, but battle not over 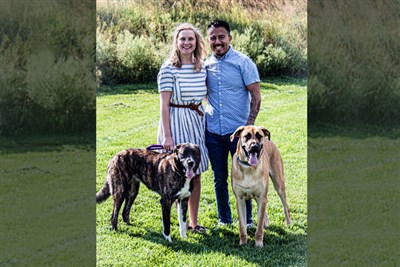 Editor's Note: The California-Nevada Annual Conference 2021 main offering will go to support DACA students. This story, written by Kathy Gilbert, now retired reporter for United Methodist News Service, first appeared in June of 2020. Over the next several weeks we will be running a series of stories to help unpack DACA, the Deferred Action for Childhood Arrivals, and lift up those who have been impacted the program. As we prepare for Annual Conference 2021, let us open our hearts to the stories of immigrants in our own communities.  Click here for more information on DACA.

When the Rev. Orlando Gallardo Parra stood before his congregation at Drexel United Methodist Church, Missouri, on June 21 to preach the word of God, he was breathing a little easier and his smile was a little brighter after the U.S. Supreme Court ruling upholding Deferred Action for Childhood Arrivals.

Gallardo Parra is one of about 650,000 young people who is a DACA recipient — a program started by President Obama in 2012 to protect immigrant children brought or sent as young children to the U.S. by a relative. The Supreme Court ruled on June 18 that the program, which has been under fire since its creation, could continue.

Hearing the Supreme Court decision gives him hope, he said. But the battle is not over.

“I will keep praying and hoping for more progress. One day, I hope that the U.S. government will allow DACA recipients to obtain citizenship. I myself would take the test to become a citizen today if I could,” he said. “I consider the U.S. my country now. I have lived in the United States for 22 years.”

The Rev. Rob Rutland-Brown, director of the National Justice for Our Neighbors, wrote he was “overjoyed” by the news, but he also said there is more work to be done.

NJFON, a United Methodist network, supports a ministry that provides free or low-cost, expert immigration legal services to low-income immigrants, refugees and asylum seekers. NJFON has 18 sites across the country that also engage in advocacy for immigrant justice, and offer education to communities of faith and to the public.

“Immigrant youth organized and bravely challenged the Administration by taking the fight to the Supreme Court of the United States,” said Rutland-Brown. “Today, the Supreme Court rightfully agreed with the petitioners in a true victory for justice.”

Claudia Marchan, a DACA recipient who is director of the Northern Illinois Justice for Our Neighbors, was brought to the U.S. by her mother when she was 4 years old.