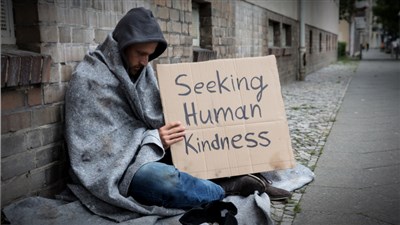 “So, I got involved in the local organizing network,” states Gill Port appointed to the North Coast church in 2017, “and got involved in and really started a homelessness organizing committee because of the huge need that I had already seen in my few short months of being up here.”

Gill Port went on to chair the committee working with the True North Organizing Network, which uses an organizing model called The Arc of Organizing that was developed by Faith in Action—a national community organizing network. The Methodist church donated meeting space.

“We were meeting every week and addressing issues like: “What are the needs?” and “How big is the problem?” And then, people from outside the church as well as Methodist church members were involved in doing research meetings with local politicians and local other non-profits to see who’s doing what and where the gaps are,” states Gill Port. “And that ultimately led to this last year, the county asked myself and the other core members of the Homelessness Organizing Committee to create a Community Advisory Group so that we would be the point of contact for the county because we’ve been doing so much work in the research of tiny home villages and transitional housing.”

Gill Port is moving forward on implementing plans for expanding transitional and permanent housing that will include wrap around services by meeting with local government leaders this Spring.

Before the pandemic, Crescent City UMC also partnered with the local St. Paul’s Episcopal church for a once a week shower and meal program offering fresh clothes.

“The shower ministry pre-pandemic was entirely lay led,” states Gill Port. “I put the idea out there and coordinated the first planning meeting but then sort of let lay people take the wheel, with a few particular regulars.”

The effort was closed by the county after the pandemic. However, the county renovated a local gymnasium in order to house a new shower program which is now run by the Del Norte Mission Possible non-profit. The two churches decided to step up and provide sack lunches.

“Due to COVID restrictions, they are unable to offer a sit down hot meal like we used to help provide at St. Paul’s Episcopal Church,” states Bridget Holland, member of Crescent City First UMC. “They are, however, offering sack lunches to 30 people. Several people from St. Paul’s have been putting these lunches together. We were asked if we’d like to help. Thanks to generous donations from a couple of our church members, we are now preparing 30 sack lunches twice a month. We have also donated a few items that are always needed by those showering, primarily new socks and underwear for both men and women.”

And, to those in the church family who need help during the pandemic, the church offers a special “meal train” service where volunteers donate meals and/or groceries that the pastor drops off at the member’s home. 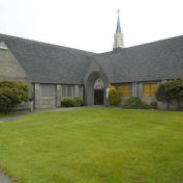 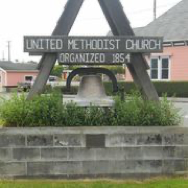