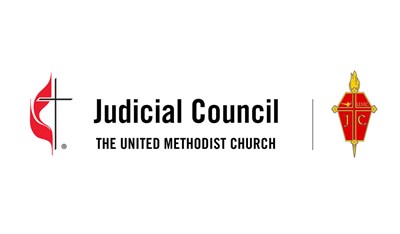 The United Methodist Church’s top court will not rule in advance on the constitutionality of proposed legislation that would provide a way for some to separate from the denomination.

In Memorandum 1407, the Judicial Council declined jurisdiction in response to a request from the United Methodist Council of Bishops about the proposed Protocol of Reconciliation and Grace Through Separation.

The protocol legislation will remain in the hands of the next General Conference. The denomination’s top legislative meeting — postponed twice because of the pandemic — is now rescheduled for Aug. 29-Sept. 6, 2022.

The Judicial Council also ruled in Decision 1401 that it was unconstitutional for the Commission on the General Conference to take action between sessions of General Conference by declaring that a paragraph in the denomination’s law book was null and void because of improper voting during the 2019 session of that top legislative body.

Those were among the nine rulings posted April 16 on the Judicial Council’s website. Some decisions included concurrences and dissents from individual council members.

Normally, the Judicial Council’s nine members — who live in the U.S., the Philippines, Liberia, Mozambique and Norway — meet together at different locations around the U.S. Near the end of 2020, the Judicial Council announced on its website that its members would begin online deliberations on the postponed Spring 2020 docket, along with an additional four items. Those Zoom sessions will continue until the entire 19-item docket is addressed.

In March, the court separately released its first two rulings from the virtual session. Memorandum 1408 clarified a 2019 ruling related to the administrative process for clergy and the right of a clergy person to fair and due process. Decision 1409 affirmed that General Conference is the only body that can set denominational budget and apportionment guidelines, even under extraordinary circumstances — like a pandemic.

The Protocol of Reconciliation and Grace Through Separation, made public in January 2020, was created by a diverse group of representatives from United Methodist advocacy groups and several bishops.