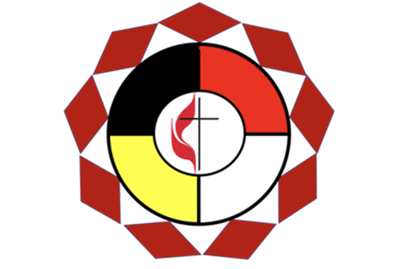 Two promising opportunities to strengthen the Annual Conference’s Native ministries are being highlighted just as the Conference Committee on Native American Ministries (CONAM) is announcing that it faces a shortfall in funding.

CONAM is sending a letter to local church and Conference leaders this week asking for a renewal of interest in giving to the Native American Sunday offering, ‘in order to create a strong foundation for the next generation of local Native United Methodist leadership.” Click here to access the letter.

Another of CONAM’s hopes is to create up-to-date, internet and video conferencing capacity that can connect the three, historical Native churches with one another, as well as with other local churches interested in their ministries.

“The pandemic did reduce giving,” said CONAM Treasurer Kevin Murphy. Another factor is that historically more than half of local UMCs do not participate in the NAS offering, he said.

The letter notes a sign of the current funding dilemma occurred when CONAM had to rely on other Conference funds in order to send representatives to what is hoped to be a formative, Western Jurisdiction CONAM meeting this week in Anaheim.

“We are very excited that our Chair, Local Pastor Nathan Sam-Whistler, now serving Yerington and Schurz UMCs, has become our Conference’s first Native seminarian,” Murphy said. “Creating video conferencing capacity at our Native churches will make possible a variety of training at these remote locations to support emerging lay leaders.” He also referenced the rich resource of Native UMC leadership spread across the Jurisdiction and the country with whom CONAM hopes to better connect local leaders.

“Each of our three Native church communities is unique, and we are seeking to continue to provide minimal, strategic support to each, and hope we can also create the video links to help overcome their geographic isolation,” he said.

In the letter, CONAM lists the Conference’s three Native Churches: Round Valley UMC in Mendocino County, Schurz UMC in Nevada, and Church of the Redwoods UMC near Klamath, California.