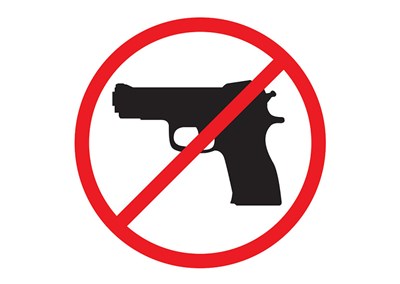 In a week that has seen more gun violence but also a step toward justice in the guilty rulings of the George Floyd murder case, leaders from our California-Nevada Committee on Religion & Race (CCORR)  offers a steadfast word of encouragement, and a call to action rooted in our United Methodist heritage.

Iunisi Tovo, Chair of our CCORR stated, "While we are facing increasing racism towards Asian-Americans and continue to see widespread systemic racism and gun violence we are encouraged with steps taken toward justice in the trial of Derrick Chauvin, the police officer who has now been found guilty of murdering George Floyd. CCORR encourages our Conference to remain dedicated to upholding our United Methodist stand against racism of all kinds, in all forms. As clergy and lay persons called to lead in communities across Northern California and Northern Nevada, let us diligently use every platform available to us to address the wickedness of actions which are contrary to the teachings of Jesus about love, hope, and justice.  On behalf of the California-Nevada Conference, CCORR will faithfully continue to uphold the need for equality and peace among all people. 'There is no longer Jew or Greek, there is no longer slave or free, there is no longer male and female, for all of you are one in Christ Jesus.'-- Galatians 3:28."

Easter Hill UMC pastor Rev. Dale Weatherspoon, a member of CCORR has been thinking about gun violence and our call as United Methodists to actively work to end the tragedies brought on by readily available firearms.  In a recent sermon he stated, "We must proclaim enough is enough! All life is sacred! Thoughts and prayers are not enough after each shooting, each murder. Systems need to be changed! Systems of racism and oppression do not create places and spaces for peace. We must do away with these weapons of mass destruction. As the prophet Micah called for, we must convert our military weapons, assault rifles, machine guns into peaceful applications, peaceful tools that make it possible for everyone to have enough food, to have proper shelter not tents on the streets or tents under the freeways. Turning our weapons into plowshares would be one way of showing that everyone is respected and valued and not a threat because of the color of the skins, their economic status, their sexual orientation, what religion they practice or where they live."

As followers of Jesus, called to live into the reality of God’s dream of shalom as described by Micah, we must address the epidemic of gun violence so “that he may teach us his ways and that we may walk in God’s paths.” Therefore, we call upon United Methodists to prayerfully address gun violence in their local context. Some of the ways in which to prevent gun violence include the following:

We are grateful for the leadership of our CCORR and encourage each of you to think deeply about what steps you could take to support the call to end gun violence and help to bring about the beloved community in your own setting.